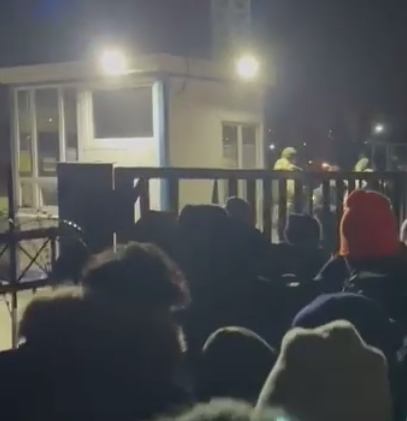 In an audio recording sent to LIB, the Nigerian man stated that the Ukrainian authorities are carrying out the order of their President that says no male between the ages of 18 to 60 should be allowed out of the country. Males within the age bracket are expected to join the Ukranian military to fight the Russians.

However hours ago, the Ukrainians protested and they let into Poland, though blacks are still being denied access.

Listen to the audio recording below

School should be ‘side hustle’ in Nigeria – BBNaija’s Beatrice

Nigerians and other Blacks denied access to Poland borders