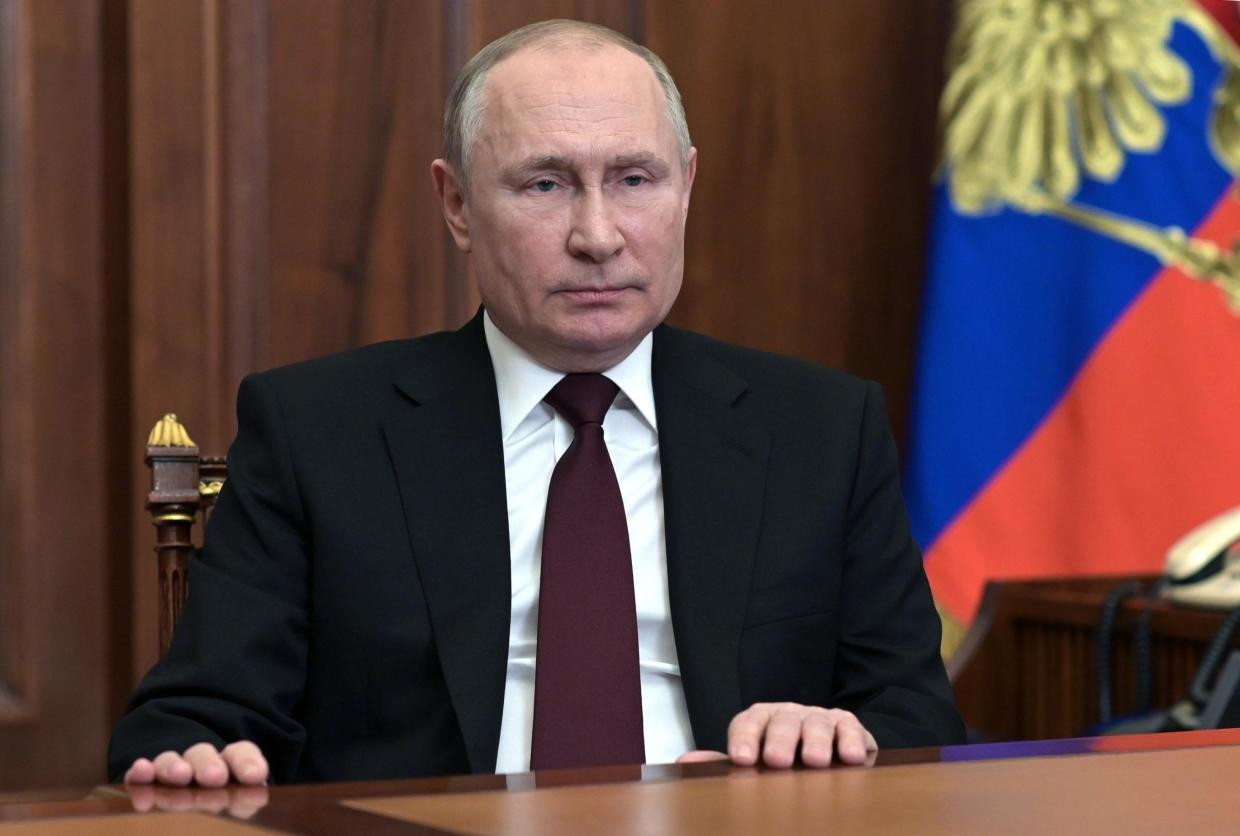 President Vladimir Putin on Sunday February 27, took an “unprecedented” post-Cold War action by ordering his nuclear deterrent forces to be on alert as international tensions over Russia’s invasion of Ukraine spiraled.

The Russian President claimed he took the decision due to “aggressive statements” by leading NATO powers.

The move means Putin has ordered Russia’s nuclear weapons prepared for increased readiness to launch, raising the threat that the tensions could boil over into a nuclear war. In giving it, the Russian leader also cited hard-hitting financial sanctions imposed by the West against Russia and himself.

Speaking at a meeting with his top officials, Putin told his defense minister and the chief of the military’s General Staff to put the nuclear deterrent forces in a “special regime of combat duty.”

“Western countries aren’t only taking unfriendly actions against our country in the economic sphere, but top officials from leading NATO members made aggressive statements regarding our country,” Putin said in televised comments.

Before invading Ukraine, Putin had threatened to retaliate harshly against any nations that intervened directly in the conflict in Ukraine, and he specifically raised the specter of his country’s status as a nuclear power.

The practical meaning of Putin’s order was not immediately clear. Russia and the United States typically have the land- and submarine-based segments of their strategic nuclear forces on alert and prepared for combat at all times, but nuclear-capable bombers and other aircraft are not.

If Putin is arming or otherwise raising the nuclear combat readiness of his bombers, or if he is ordering more ballistic missile submarines to sea, then the United States might feel compelled to respond in kind, according to Hans Kristensen, a nuclear analyst at the Federation of American Scientists. That would mark a worrisome escalation and a potential crisis, he said.

Linda Thomas-Greenfield, the United States ambassador to the United Nations, told NBC News’ Meet the Press on Sunday morning that “President Putin is continuing to escalate this war in a manner that is totally unacceptable.”

“And we have to continue to condemn his actions in the most strong, strongest possible way,” she added.

The alarming step came as street fighting broke out in Ukraine’s second-largest city and Russian troops squeezed strategic ports in the country’s south, advances that appeared to mark a new phase of Russia’s invasion following a wave of attacks on airfields and fuel facilities elsewhere in the country.

Nollywood stars, guests, and journalists struggle to catch a glimpse of Faithia Williams as she makes a grand entry to her birthday celebration