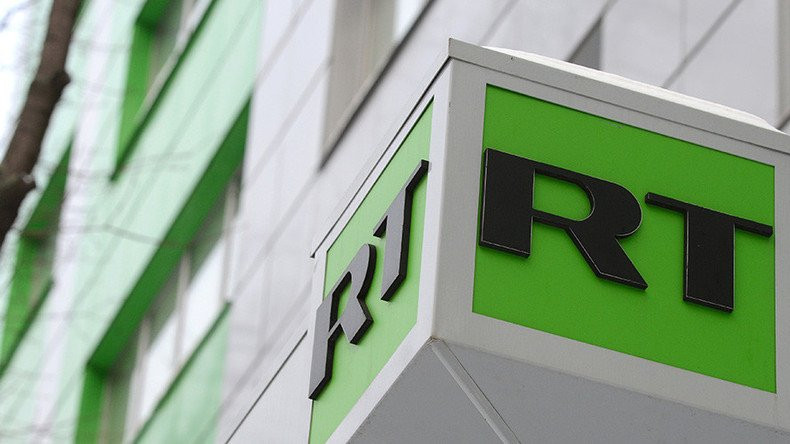 Some cable TV providers in Canada are removing the Russian propaganda channel RT (Russia Today) from their packages.

Rogers Communications Inc. and BCE Inc. said late Sunday that RT will no longer be available to their customers. Rival Telus Corp. said earlier it’s prepared to pull the channel “immediately” if Canada’s broadcast regulator asks it to do so.

This came barely 24 hours after Canada’s Heritage Minister Pablo Rodriguez said the government would look at “all options” to remove the Kremlin-controlled channel, amid widespread fury over Russia’s invasion of Ukraine.

Spokesperson for Rogers said RT will be turned off on Monday. A BCE spokesperson said the network is “no longer available on Bell’s channel lineup” as of Sunday night.

“We are devastated by the events unfolding in Ukraine,” Telus spokesperson Liz Sauve said in an emailed statement. If the country’s broadcast regulator orders distributors to remove RT, “we will immediately comply,” Sauve said.

Telus has added a Ukrainian channel for free and is waiving long distance and texting charges for Canadian customers communicating with family in Ukraine, she said.

Canada has joined a number of other western allies in placing sanctions on Russia for invading Ukraine, including personal sanctions on President Vladimir Putin. Canada also announced Sunday that it would close its air space to Russian aircraft.

On Sunday February 27, the President of the European Commission Ursula von der Leyen announced RT and fellow state media outlet Sputnik would be banned from the European Union, to prevent them from spreading their “lies” about the war.