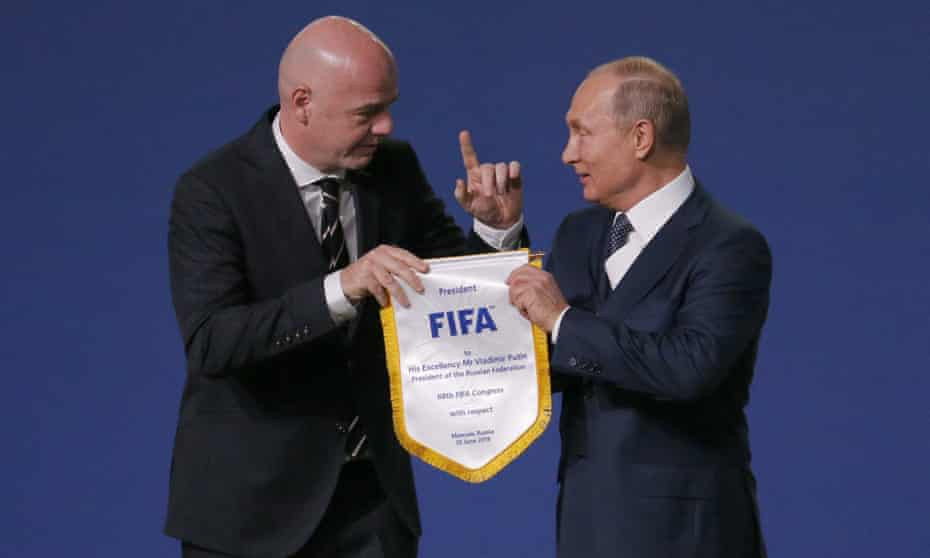 FIFA and UEFA have announced that Russian clubs and national teams are suspended in all their football competitions until further notice over the invasion of Ukraine.

This comes after Poland, Sweden, and the Czech Republic refused to play against Russia.

Football’s world and European governing bodies, UEFA and FIFA, said on Monday that they had frozen all Russian club and national teams out of competitive fixtures until further notice.

“FIFA and UEFA have today decided together that all Russian teams, whether national representative teams or club teams, shall be suspended from participation in both FIFA and UEFA competitions until further notice,” a joint statement published on UEFA’s website said.

Russia were scheduled to host Poland in a World Cup qualifying playoff on March 24 and if they remain suspended at that time, they will be out of the men’s World Cup, which kicks off in Qatar in November.

The suspension would cover all Russian national teams – including the women’s team, who are due to play in the Women’s Euros in England in July.

The news comes a day after FIFA announced that in light of the Russian invasion, no international football matches would be played in the country in the forseeable future. On Sunday, though, FIFA had said that Russia would still be allowed to continue with their World Cup qualifying campaign.

FIFA had also said Russia would have to compete in under the name “Football Union of Russia (RFU).” No flag or anthem of Russia was to be used in matches featuring the Russian team. FIFA had made that announcement a day after Poland became the first country to act.
“We can’t pretend that nothing is happening,” the country’s star striker Robert Lewandowski posted on Twitter.

Gov. Hope Uzodimma speaks on the success of the APC at the just concluded Imo State Bye-Election (video)