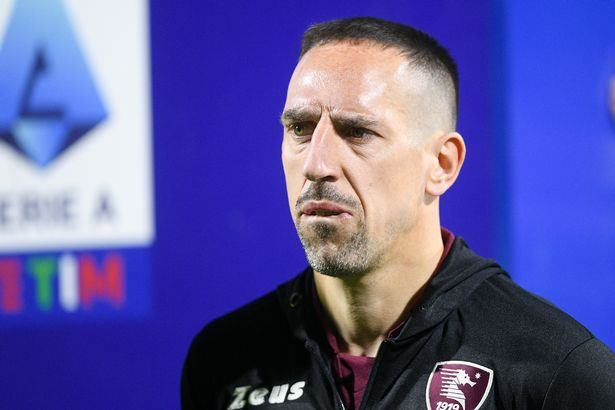 Former Bayern Munich superstar, Frank Ribery was rushed to hospital with a head injury in the early hours of Sunday after being involved in a car crash, according to reports in Italy.

The French international, currently playing in Serie A, was reportedly a passenger in a car when the accident took place.

His club, Salernitana, have confirmed in a statement he will miss training while he recovers from his injuries.

Corriere dello Sport reports that the veteran was taken to hospital in the town of Battipaglia after the accident, which is said to have occurred in the region of Salerno in the early hours of Sunday morning. He has since returned to his home to rest and recover.

The paper also reports that local authorities from Agropoli were at the scene of the accident.

“Following a car accident, the footballer Franck Ribery, who was not driving the car, suffered a slight head injury.” a statement from Salernitana read.

“The athlete will remain in rest for a few days as a precaution.”

The 38-year-old has played 16 times in the league this season, most recently playing 71 minutes in a 1-1 draw with Bologna over the weekend.

Ribery, who has 81 international caps for France and was part of the side which reached the World Cup final in 2006, spent most of his prior playing career on the books of Bayern Munich.

FG to evacuate Nigerians stranded in Ukraine-Russia crisis on Wednesday

ASUU vows not to call off one month warning strike