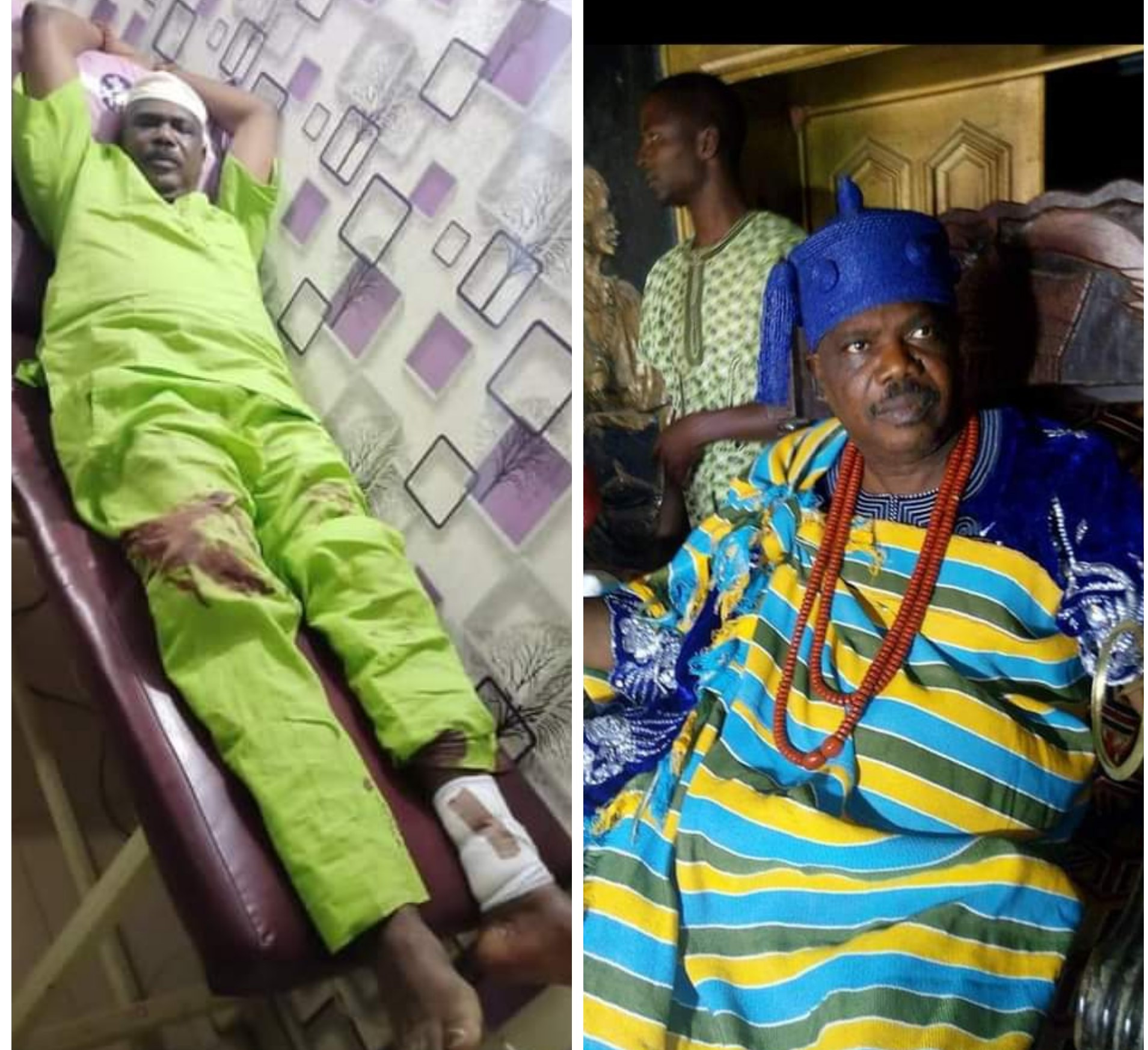 The traditional ruler was said to be returning from Ijero Ekiti when he was ambushed by the gunmen around Isan and Iludun, in Ilejemeje LGA of the state, at about 9pm on Sunday night, February 27.

Media and publicity consultant to the monarch, Bashir Adefaka, who confirmed the incident in a statement said that the traditional ruler was hit on the leg by a bullet fired by the gunmen.

Adefaka said the monarch was rushed to a specialist hospital in Oye Ekiti for treatment and that he is responding to treatment.

“Kabiyesi, whose security guards provided by Nigerian Security and Civil Defence Corps (NSCDC) were withdrawn recently for no given reason, was returning Ijero Ekiti when he got accosted by the criminal elements, on a spot at between Isan and Iludun, in Ilejemeje Local Government Area of the state.

“The gunmen opened fire on SUV car during which one of the bullets that penetrated from the owner’s side of the vehicle hit the Kabiyesi on his left leg. He was rushed to a specialist hospital in Oye, Oye Ekiti Local Government and is now responding to treatment. Good news, apart from his life being saved, is also that no other member of his entourage got hurt.”

Also confirming the incident, spokesperson of State Police Command, ASP Sunday Abutu, said efforts were on top gear to track down the perpetrators, adding that the monarch was responding to treatment.