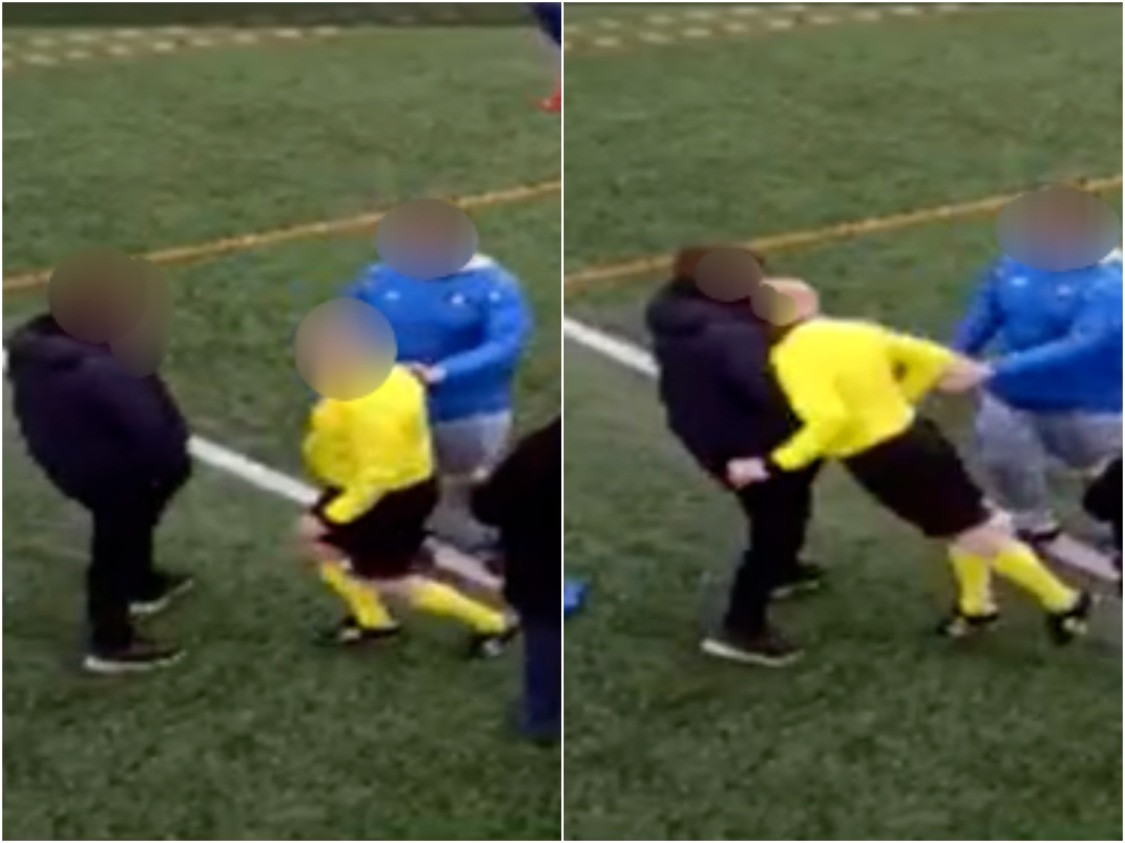 Horrific moment a referee headbutted a supporter during a match

Strathclyde Saturday Morning League chiefs have launched a probe after an amateur football match was abandoned in the 92nd minute after the referee headbutted a fan.

The match between Stanley Athletic AFC and Port Glasgow United which took place in Renfrew, Renfrewshire, was abandoned after a match official lunged at the spectator on the sidelines.

The home side were winning 6-2 when the attack, which was captured on video took place. An onlooker said;

“The ref made his way to the sidelines and stuck the head on one of the spectators.

“The referee made his way from the pitch.

“I’ve never seen anything like that on a park before.”

The 11-second clip of the attack shows the bald-headed referee wearing a yellow shirt charging towards the touchline before headbutting a man who appears to be in his 20s. A group of men swarm the official and he is pushed back onto the pitch before the footage cuts out.

Paisley side Stanley Athletic which sits fifth in the table four places above their bottom-placed rivals, made a social media post after the clash.

“We (just about) made it three wins in a row this morning as we were on our way to a big win over Port Glasgow, before the match was abandoned in the 92nd minute.”

“Officers have received a report of an assault on a 21-year-old man around 12pm on Saturday, 26 February, at King George V playing fields, Renfrew.