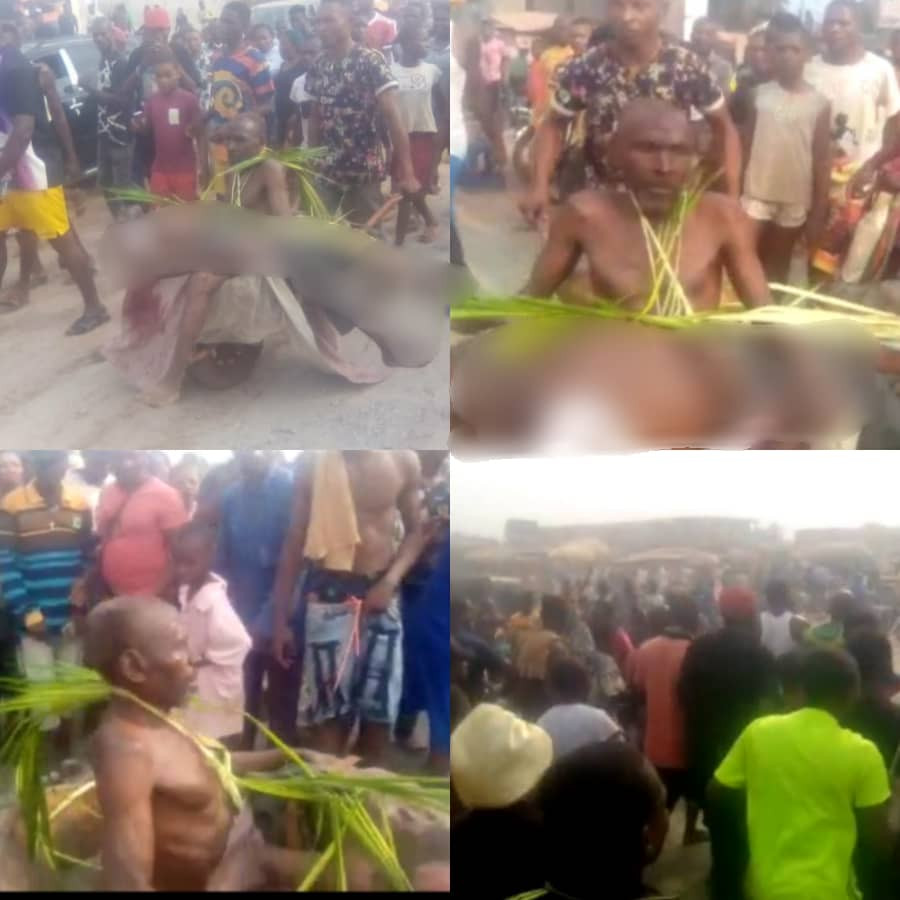 A middle-aged man identified as Ohalete Njoku has been apprehended after he allegedly stabbed his biological brother, Austin Njoku to death in Isiala Mbano Local Government Area of Imo State today February 28.

Residents of the area say the deceased and the suspect had a quarrel which degenerated into a fight. The suspect in anger allegedly stabbed the deceased several times on the back and shoulders until he bled to death.

The suspect was apprehended and forced to paraded the deceased in a wheel burrow around the community.