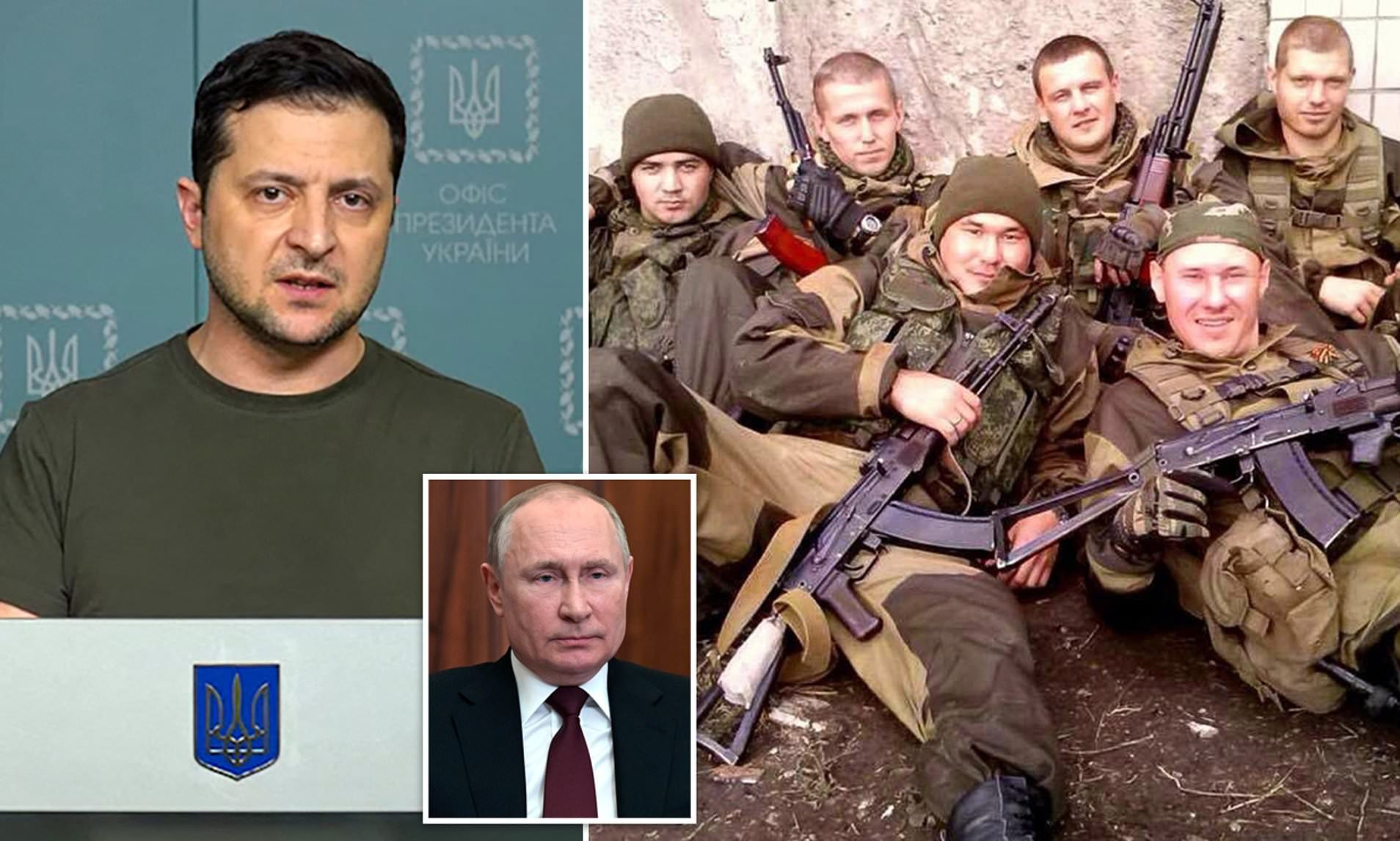 More than 400 Russian mercenaries have reportedly been flown in from Africa to assassinate Ukrainian president Volodymyr Zelensky.

A private militia known as the Wagner Group allegedly has orders from Vladimir Putin to take out Zelensky – and 23 other government figures – to allow Moscow to take over its eastern European neighbour.

According to the Times, the army-for-hire, run by oligarch Yevgeny Prigozhin a close ally of the Russian president who is often dubbed ‘Putin’s chef’ – was flown in five weeks ago and is being offered a huge sum for the mission.

The highly-trained operatives are said to be waiting for the green light from the Kremlin to proceed, with their hit list also including Ukraine’s prime minister, the entire cabinet, mayor of Kyiv Vitali Klitschko and his brother Wladimir – both boxing champions who have become iconic figures on the front lines of the capital.

However, the plans were rumbled after they reached the upper echelons of the Ukrainian government on Saturday morning, according to Mail Online.

It prompted Kyiv to declare a 36-hour ‘hard’ curfew, ordering everyone indoors so that soldiers could sweep the streets for Russian saboteurs.
Citizens were warned that they risked being ‘liquidated’ if they were spotted outside during the curfew hours, as they may be assumed to be the enemy.

A source with knowledge of the Wagner Group’s activities told the Times that between 2,000 and 4,000 mercenaries had actually arrived in Ukraine in January, but with different missions. Some were reportedly sent to the rebel-held regions of Donetsk and Luhansk in the east of the country – while the 400 tasked with taking out Zelensky headed to Kyiv from Belarus.

The group are said to be tracking Zelesnky and his colleagues via their mobile phones – claiming to know where they are at all times.

Another source claimed the killers-for-hire have been told to put on the brakes while Putin holds ‘peace talks’ with Zelensky this week.

But they have allegedly been informed that the Russian leader has no desire to reach a deal, branding the meeting on the Belarus border as ‘smoke and mirrors.’