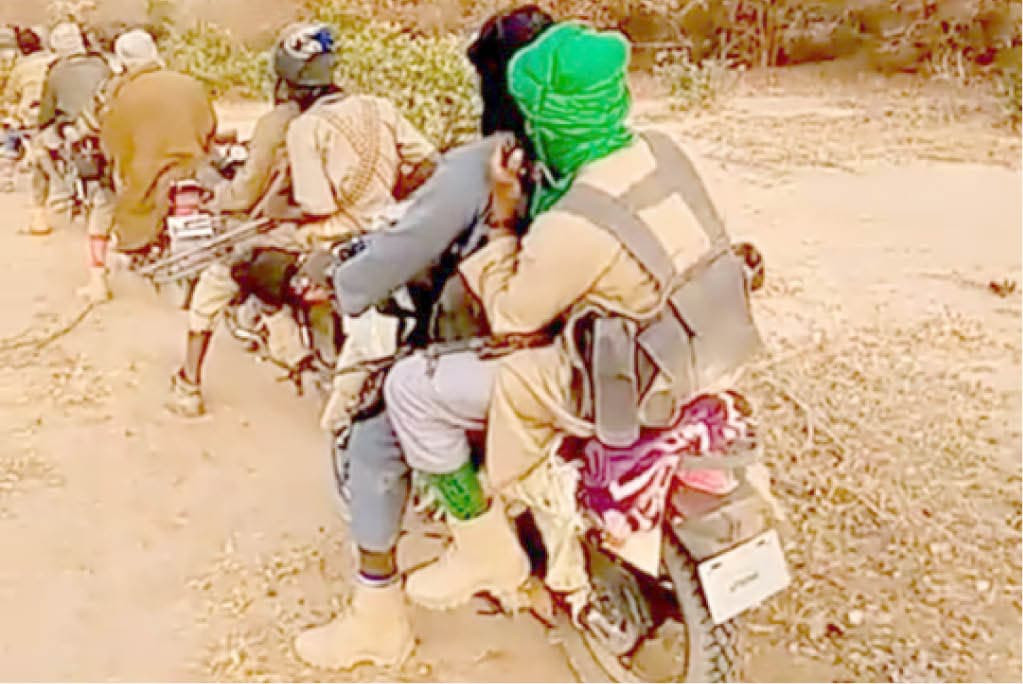 Two construction workers have been abducted by terrorists along Lambata-Izom in Gurara local government area of Niger state.

The construction workers were beaten and tied before two of them were taken away by the terrorists.

An eyewitness told Punch that motorists were forced to wait until the terrorists had completed their operations, adding that the terrorists kept shooting sporadically to scare people away.

A resident in the area, Umar Adamu told Daily Trust that they invaded Kwakuti and took away many motorcycles. He said;

“The armed bandits operated around Dajigbe village axis, along Minna – Suleja road but were dispersed by security operatives.

The state police spokesperson, Wasiu Abiodun who confirmed the incident, said it happened around 3pm.

Abiodun said the terrorists came out from the forest and escaped through the forest after being engaged by men of the police force and the military from Suleja.

He added that the number of people abducted cannot be ascertained at the moment.

May God not let me fall in love – Timaya