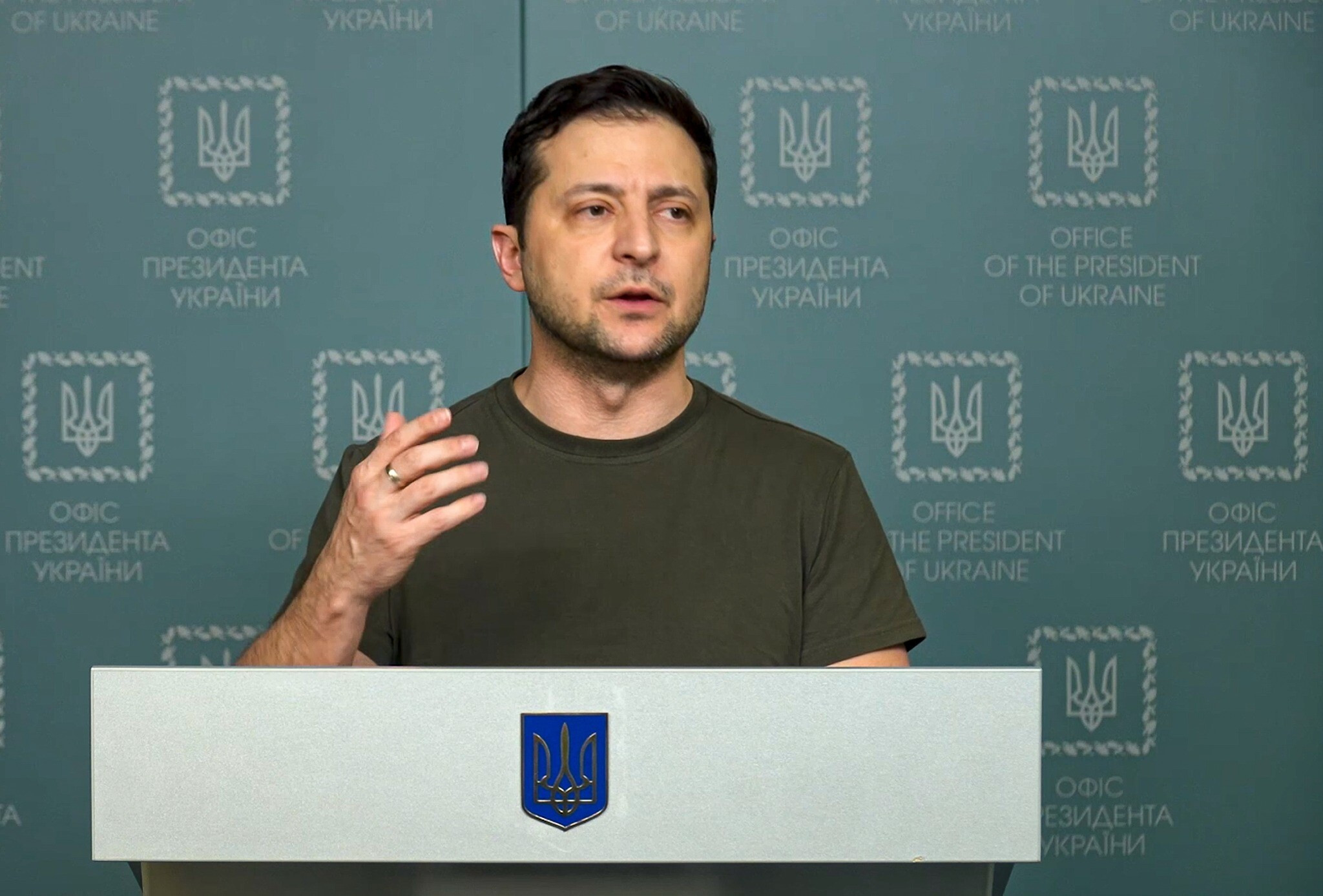 Ukrainian and Russian officials arrived at the Ukraine-Belarus border for peace talks that kicked off at 6am on Monday, as President Volodymyr Zelensky warned on Day 5 of the invasion that the next 24 hours would be “crucial” to Ukraine’s fate.

Kyiv’s delegation, led by Ukraine’s Defense Minister Oleksiy Reznikov, is seeking “an immediate ceasefire and the withdrawal of troops from Ukraine,” according to a statement from the office of President Volodymyr Zelenskyy.

As the fifth day of war dawned, air raid sirens sounded around the country, and strikes were reported in Kyiv, Kharkiv, Zhytomyr, Zaporizhzhia, and Chernihiv, amid concern after Russian President Vladimir Putin on Sunday put his nuclear forces on high alert.

Oleg Sinegubov, a senior regional official, said on his Facebook page that Russian forces were shelling residential areas of Kharkiv, even though no Ukrainian forces are stationed in the area.

“What is happening now in Kharkiv is a war crime,” wrote Sinegubov. He said Russia was using heavy artillery and, due to continuing shelling, it was not possible to deploy emergency services.

Russian ground forces have taken control of the town of Berdyansk on the Black Sea coast between the Crimean peninsula and the Russian-backed breakaway region of Donbas, defense ministry spokesman Igor Konashenkov claimed Monday morning.

Russian club, Spartak Moscow to be removed from Europa League by UEFA after Russia’s invasion of Ukraine