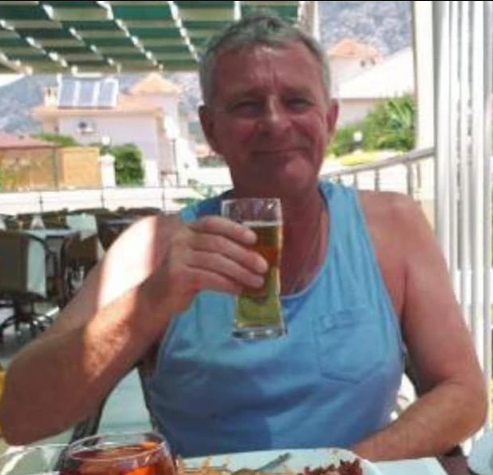 Dad dies in freak accident before finding out he has won share of £7,900,000 lottery jackpot

A dad has died following a horror stair fall without knowing he had just won the jackpot on the lottery.

He had hoped to win enough to treat his family to a well-deserved holiday.

Sadly, Andrew Gillon passed away days after he broke his neck at a friend’s house on New Year’s Eve.

He died during surgery on January 7, 2022, without knowing he had fulfilled a lifetime ambition to win big.

After his death, it was discovered that the 59-year-old grandfather, along with everyone else on Shaw Crescent, Wishaw, had won £7.9million on the Postcode Lottery.

Golden envelopes finally made their way through letterboxes along the length and breadth of his street, Shaw Crescent, this year.

Gillon’s winnings will be collected by his heartbroken daughter, report the DailyRecord.

His daughter Lisa said: “I found out dad had won via his friend and neighbour.”

Lisa Thomas was shocked at the news of her dad’s win – but now thinks the news could be a poignant final message.

Lisa, 32, told the Daily Record: “When I got it confirmed, I felt absolutely devastated at first.

“I could just hear the excited phone call from him telling me he had won and I know his first thought would be to book us all a holiday.

“Now I still feel sad that he’s not here to enjoy this with us, but I also feel some excitement for him and I’m sure he has had something to do with this.

“There have been so many ‘signs’ since he left us and I’m certain he is watching saying ,’I told you so.'”

Last December, Gillon, who is a huge fan of the Postcode Lottery, got his very first Christmas card from the organisation, and his daughter had laughed at him.

Lisa added: “I was laughing at him for his first Christmas card being from them.

“All I remember him saying is, ‘Well you won’t be laughing when I win!’ and he was right I wasn’t laughing, I was crying.”

Lisa hopes to spend the money on a holiday to Florida, just like her dad would have wanted.

She said: “That’s where we got married and I have loads of amazing memories there with my dad.

“I’ve been five times and never without my dad being there so it will be a a sore one, but I know that’s where he would want to go.”