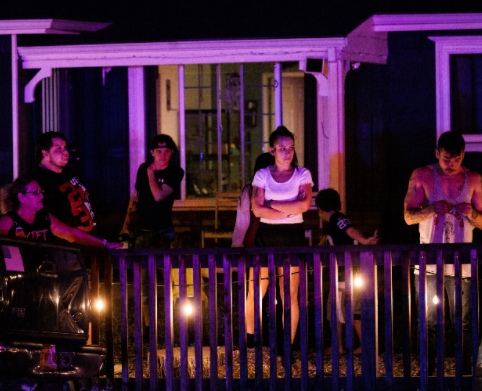 Five dead as father kills his 3 kids, their chaperone and himself inside California church

A father killed his three children, their chaperone, and himself during a court-supervised visit at a church just outside Sacramento, California, authorities said.

Law enforcement sources said the shooter used an AR-15-style semiautomatic rifle to carry out the massacre on Monday evening, Feb. 28.

The gunman’s children were 15 and younger, officials said Monday night.

The fourth victim was reported to be chaperoning the children, but that person’s relation to the shooter was unclear early Tuesday.

“We have found now there’s an adult male, a father who has shot and killed his three children under the age of 15,” said Sgt. Rod Grassmann with the Sacramento County Sheriff’s Office.

“This was not a random shooting,” Grassman said, adding that the shooter and victims “all knew each other.”

Grassman also said that the shooter had a restraining order filed against him.

A church worker heard gunshots at around 5:07 p.m. and called the police.

California Governor Gavin Newsom addressed the violence on Monday and mourned the loss of the children.

Gavin Newsom tweeted: “Another senseless act of gun violence in America – this time in our backyard. In a church with kids inside. Absolutely devastating. Our hearts go out to the victims, their families and their communities. We are working closely with local law enforcement.”

Sacramento Mayor, Steinberg tweeted: “This is an unspeakable tragedy. It happens too often, and tonight it happened in our backyard. First thoughts are with the victims and their families. Same to the first responders who have to confront such a horrible scene. Will say more as we learn more.”

No cult in Dowen college- Teacher testifies before coroner Inquest