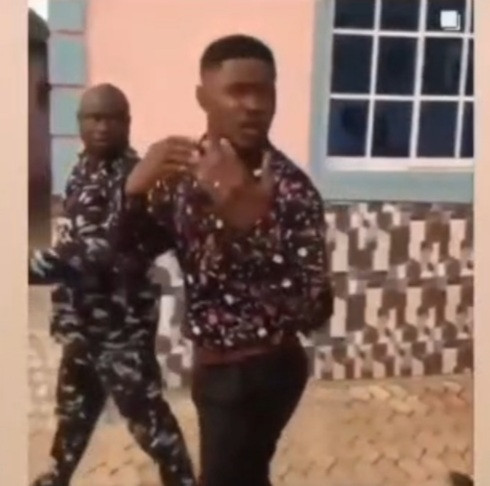 A male teacher has been arrested after being accused of raping a 6-year-old female student in the school toilet.

The victim’s aunt took to Instagram to call out Royal Children School in Asaba, Delta state.

The teacher accused of molesting the child has been arrested.

A video of him being led out by uniformed men while he maintained his innocence has been shared online.