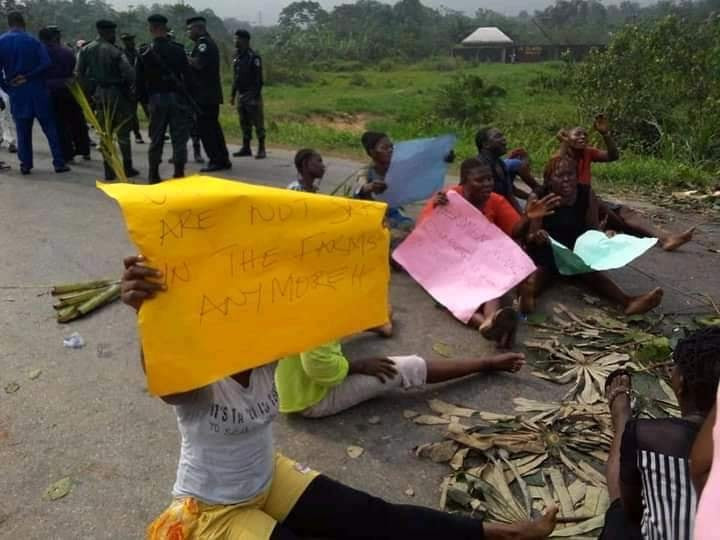 Some women from Otuasega community in Ogbia Local Government Area on Monday February 28, protested the continued invasion and destruction of farmlands by herdsmen.

The state government had enacted the Livestock Breeding, Rearing and Marketing Regulation Law 2021 signed into law by Governor Diri on March 9 2021.

The women protested with placards with messages such as ‘Government restrain Herdsmen and Their Cow to specific location’, ‘We are not on the farmlands anymore’ ‘Government come to our rescue’, pleading with the state government to intervene.

According to the women, farming has become difficult as they live in fear of possible attack if they resist the herdsmen from encroaching on their farmlands.

The action of the women disrupted traffic as most motorists plying the road had to look for alternative routes.

It took the intervention of the Commissioner for Women, Children Affairs, Empowerment and Social Development, Mrs Faith Opene, to appeal to the women to leave the road.

She was said to have assured them that their complaints would be tabled before the governor for his intervention.

President Buhari heads to London for another medical checkup