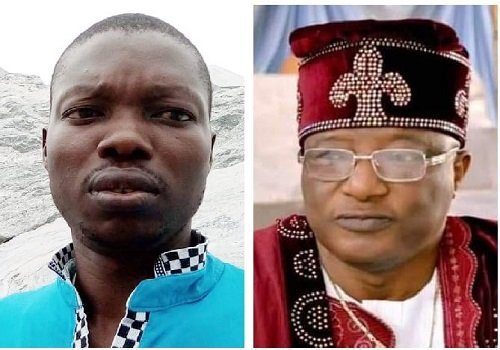 The Chief Judge of Osun State, Justice Oyebola Adepele-Ojo has ordered the owner of Hilton hotel, Rahmon Adedoyin, and six others standing trial over the death of Timothy Adegoke be remanded in the Ilesa Correctional facility.

Adegoke, a postgraduate student of the Obafemi Awolowo University (OAU), was said to have traveled from Abuja to write an exam at a distance learning centre in Moro, Osun state on November 5. He was, however, declared missing two days later, only to be found dead.

The police had arrested Adedoyin and the six suspects said to be staff members of Hilton Hotels and Resort, Ile-Ife where the deceased lodged.

Justice Adepele-Ojo gave the ruling when the accused were arraigned before the court today March 3.

They were arraigned on 11 counts bothering on conspiracy, murder felony among others, and they all pleaded not guilty to all the counts.

At the hearing, the prosecution counsel prayed the court to order the remand of all seven suspects at Ilesa Correctional Centre. Counsel to the defendant, Rasheed Adegoke, SAN said applications for bail had been filled for six of them on health grounds.

After listening to the arguments from both sides, Justice Adepele-Ojo ordered that all the accused be remanded in Ilesa Correctional Centre with a promise to deliver a ruling when the applications of the seventh defendant, Adedeji Adesola is brought before her.

“Satan instructed me to steal phones from police vehicle”