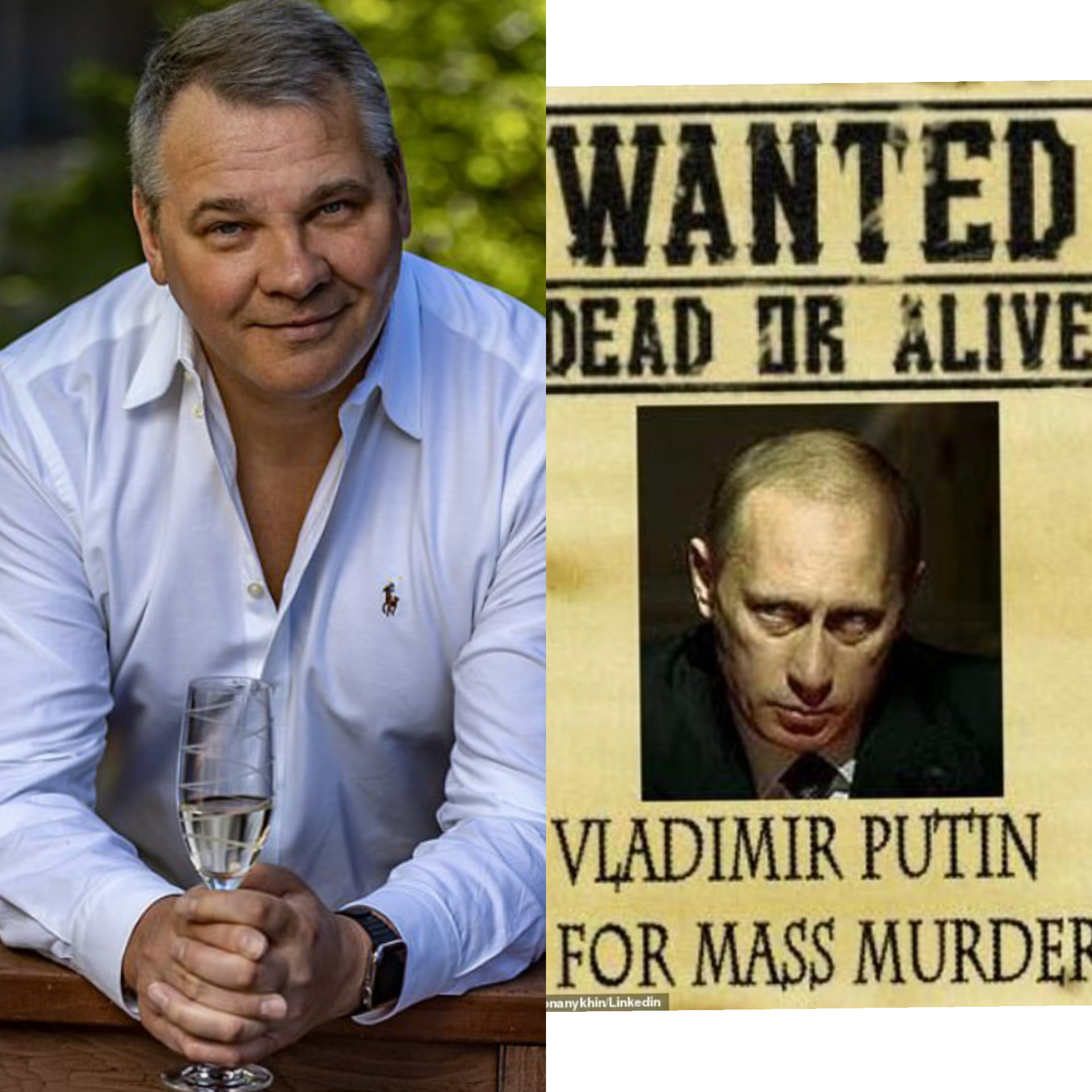 A Russian Billionaire businessman has offered a $1 million bounty for Vladimir Putin’s capture dead or alive.

In separate Facebook and LinkedIn posts, Alex Konanykhin said that he would pay the money for the ‘arrest of Putin as a war criminal under international laws’ over his invasion of Ukraine.

Konanykhin claimed that Putin is not the President of Russia because he ‘murdered his opponents’.

The post included a mocked up poster which read: ‘Wanted: Dead or Alive. Vladimir Putin. For Mass Murder’.

The post was banned by Facebook after it went viral, Konanykhin then did another post insisting he was not asking for people to kill Putin and wanted him ‘brought to justice’.

He said: ‘Some reports suggest that I promised to pay for the assassination of Putin. It is NOT correct. While such an outcome would be cheered by millions of people around the world, I believe that Putin must be brought to justice’.

Konanykhin’s offer comes seven days after Putin approved the Russian invasion of Ukraine, which has led to the deaths of more than 2,000 Ukrainian civilians.

Konanykhin, 55, is a wealthy entrepreneur who served on a Russian delegation to the US in 1992 under its then President Boris Yeltsin

But the Kremlin accused him of embezzling $8m from the Russian Exchange Bank in Moscow but the US  granted him asylum in 2007.

‘Putin is not the Russian president as he came to power as the result of a special operation of blowing up apartment buildings in Russia, then violated the Constitution by eliminating free elections and murdering his opponents. As an ethnic Russian and a Russian citizen, I see it as my moral duty to facilitate the denazification of Russia.

‘I will continue my assistance to Ukraine in its heroic efforts to withstand the onslaught of Putin’s Orda’.

He said: ‘If a thousand people chip in a million each, it’d add up to a billion’.

‘The worst is yet to come’