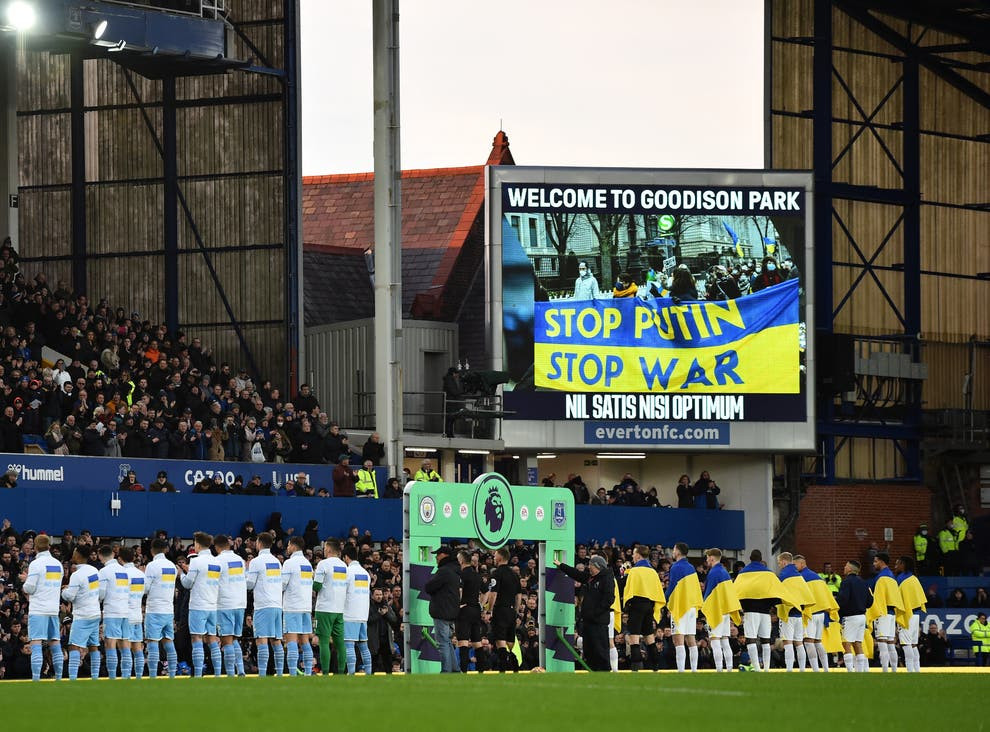 China is suspending its coverage of the Premier League this weekend to avoid broadcasting the clubs’ show of solidarity with Ukraine.

The Premier League is planning to show its support for the Ukrainian people amid Russia’s devastating invasion of the country, with club captains due to wear armbands in the national colours of yellow and blue across all 10 games. There will also be a moment of silence before kick-off at each ground, while messages of support will appear on advertising boards and on screens in stadiums. The official Premier League logo has also been altered to reflect the Ukrainian flag.

“The Premier League and our clubs wholeheartedly reject Russia’s actions and will be showing support for the people of Ukraine at all matches this weekend,” a statement read.

“We call for peace and our thoughts are with all those who have been impact. A show of solidarity for Ukraine will be visible at all Premier League matches from Saturday 5 to Monday 7 March.”

Shortly after the statement, BBC reported that iQIYI, the rights holders of Premier League broadcasts in China, will not show matches this weekend due to the league’s plans to show messages of support for Ukraine.

Chinese broadcaster iQIYI owns China’s exclusive rights to the Premier League, with a contract worth a reported £120m up until the end of the 2024-25 season. Despite the move to block coverage this weekend, independent UK understands that the league’s long-term deal with iQIYI is not thought to be at risk over the issue.

According to The New York Times‘ Tariq Panja, La Liga has taken a different approach in order to not upset its Chinese rights holders. The Spanish league will reportedly exclude any anti-war, pro-Ukrainian content from its broadcast in China while other global broadcasts will go ahead unchanged.

This is not the first occasion that Chinese broadcasters have blocked the Premier League. In 2019 a match involving Arsenal was pulled from the schedules after the club’s then captain, Mesut Özil, criticised China’s treatment of Uyghur Muslims.

Actor flees after a snake was introduced to a scene (video)