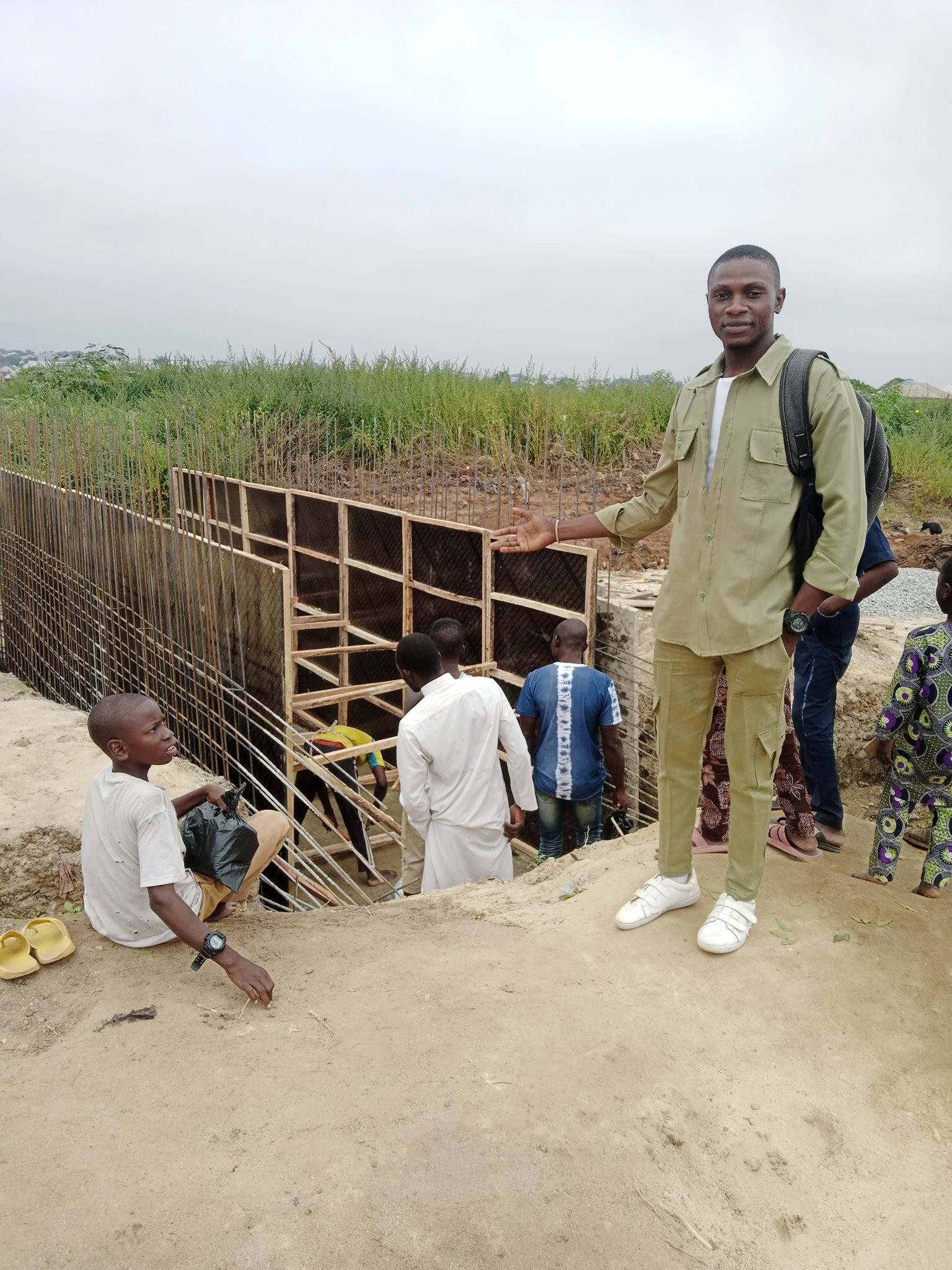 A corps member has narrated how he was able to bring a road construction project to a community he was serving at.

@gabrielobinna6 who revealed that he arrived Ayegbami community in Kwara state as a corps member 10 months ago, said he swore to do something about the bad road in the community after being told an erosion had claimed two kids. He also revealed that the bad road led to businesses being closed and inaccessibility to about seven other communities.

The Twitter user said he took it up as his first NYSC project, drafted a proposal and wrote to organizations, the commissioner of works and also brought in media houses for a wider reach.

He said the community’s representative in the House of Representatives reached out to him, and included it in his constituency budget for 2021. The corps member went on to express excitement that Ayegbami community’s link road has now been fixed.

It was the biggest challenge in Ayegbami. I had just arrived as a Corps member 10months ago. I was told the erosion had claimed two kids, businesses closed, inaccessibility to about seven other communities, etc. Overwhelmed with compassion I swore I’d do something about it.

It was my first NYSC project. I drafted the proposal and wrote to organizations, the commissioner of works and media houses. I brought NTA ILORIN, KWARA TV and SOBI FM for wider reach. Fortunately, my advocacy got to the community’s representative in the House of Reps.

He reached out to me, then included it in his constituency budget for 2021. Fast forward to today, Ayegbami community’s link road has been fixed. I’m so excited and grateful to God Almighty. It was worth all the stress. @ToyosiGodwin is part of this success, gave massive support.

I took up another project, and I’d be rounding it off this month. I’ll tell it’s own story soonest.

“He’s my Adam. I’m 100% sure God took me out of him” – Actress, Mercy Aigbe gushes over husband, Kazim Adeoti (video)