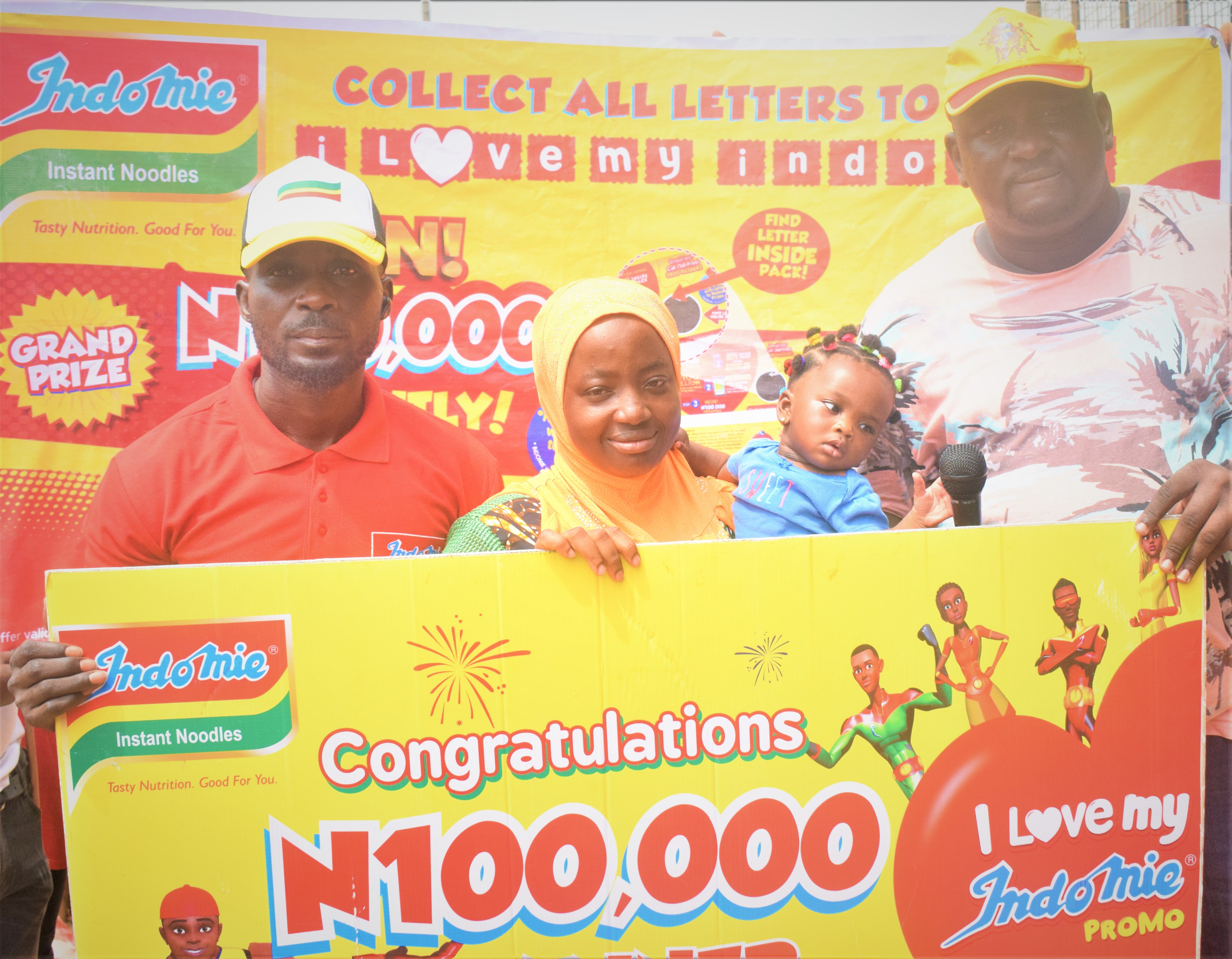 Excitement as Winners Emerge in ”I Love My Indomie” Campaign

Winners have started emerging from the Indomie ‘I Love My Indomie’ promotion with many taking home loads of delicious Indomie instant noodles packs while others have been getting financial rewards in hundreds of thousands.

According to an excited lucky winner of 100,000 Naira in Lagos, Olaleye Temitope, who is also a trader, “I first won 10 packs of Indomie after submitting 50 empty promo wrappers. Then I read that I can also win 100,000 Naira cash if I can spell ‘I Love My Indomie’. I took it as a challenge and made sure I checked every wrapper before cooking and when I spelt ‘I Love My Indomie’ I ran to the redemption location near my house to submit it. I have started another spelling before the campaign will end.”

On his part, another winner, Chukwuleta Chinedu, who also lives in Lagos said “When I heard about the campaign, I quickly asked my child to start gathering Indomie wrappers as we have won gifts from Indomie’s past campaigns when they asked consumers to write an essay. So, we did not doubt it. Together, my son and I gathered the wrappers and spelt ‘I Love My Indomie’ and won again. A large part of the money will be used for his education.” A visibly happy Chinedu said.

Speaking on the promo mechanics, Group Corporate Communications and Event Manager, Tope Ashiwaju, said, “We know how much our consumers love their Indomie noodles. It is evident when a family gathers to have a delicious meal of Indomie, and as such, we are using this campaign to reward this unwavering loyalty shown by our consumers over the years. And what better time to do this than the beginning of the year when everyone is hopeful and desirous of something special to position them for a delicious 2022.”

Consumers will take a photo of their correctly spelt “I Love My Indomie” and send it to the designated WhatsApp helpline – 08077009000. Indomie will send a team to visit, verify the wrappers, and award cash prizes to the lucky consumers.

Since the campaign started consumers have been winning just by spelling “I LOVE MY INDOMIE for 100,000 Naira reward or by submitting empty 50 Indomie promo wrappers to get 10 packs of Indomie. Consumers can win up to 100 million Naira cumulative rewards.

’Eguavoen must not experiment with players’ — Former player, Ifeanyi Udeze warns ahead of Ghana clash

Nigerians who want to travel to Ukraine to fight in the war must provide $1,000 for ticket and visa