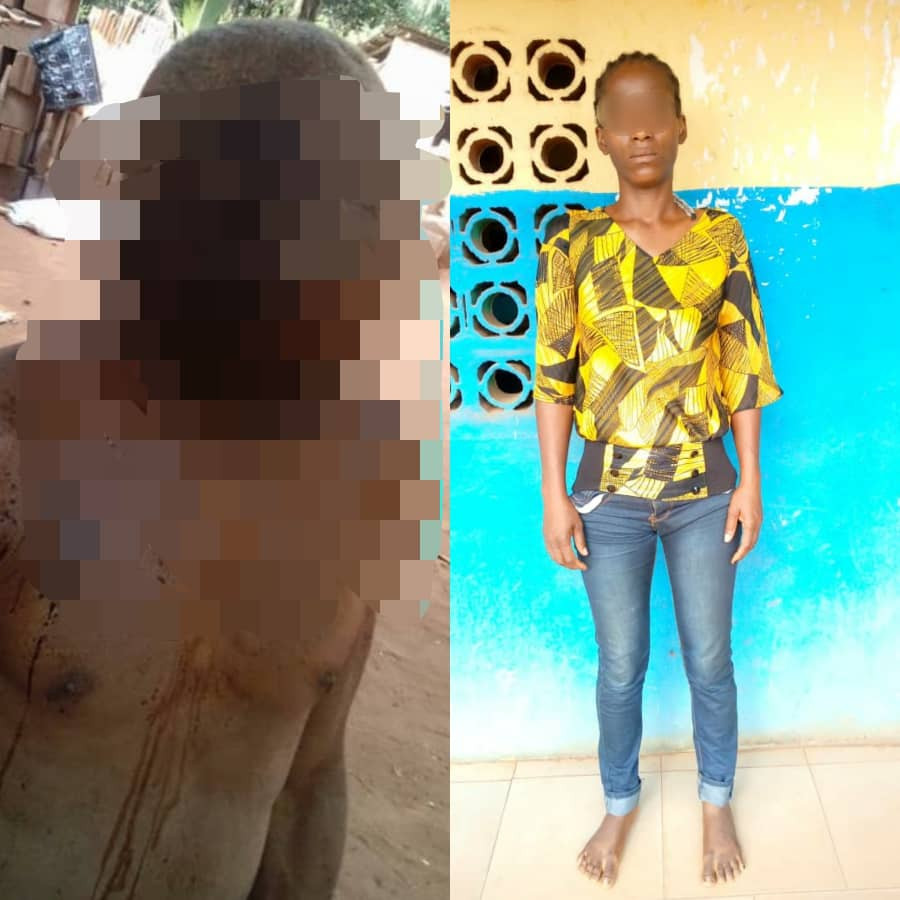 Men of the Anambra state police command have arrested a 27-year-old woman, Ozioma Orakwe, over the alleged murder of a 75 years old man, Martin Orakwe, who is said to be her relative.

News of a man who committed suicide in Agulu, Anaocha Local Government Area surfaced online on Wednesday, March 2. A video of the man hanging from a tree with a rope tied around his neck made the rounds.

However, a statement released this morning by the spokesperson of the state police command, DSP Tochukwu Ikenga, said men of the command were alerted over the development and that preliminary investigation carried out showed that the man was murdered and set up to look like he committed suicide.

”Preliminary investigation reveals that the victim had a cut on his head with marks of violence all over his body. Additional information shows that the suspect, a relative to the deceased, had a disagreement which resulted to a fight.”he said

Ikenga added that police operatives have recovered the body of the deceased and the suspect has also made a useful statement that is helping in the ongoing investigation.

The case shall be charged to court after a conclusive investigation.

Sherri Papini accused of faking 2016 kidnapping, could spend up to 25 years in jail if found guilty