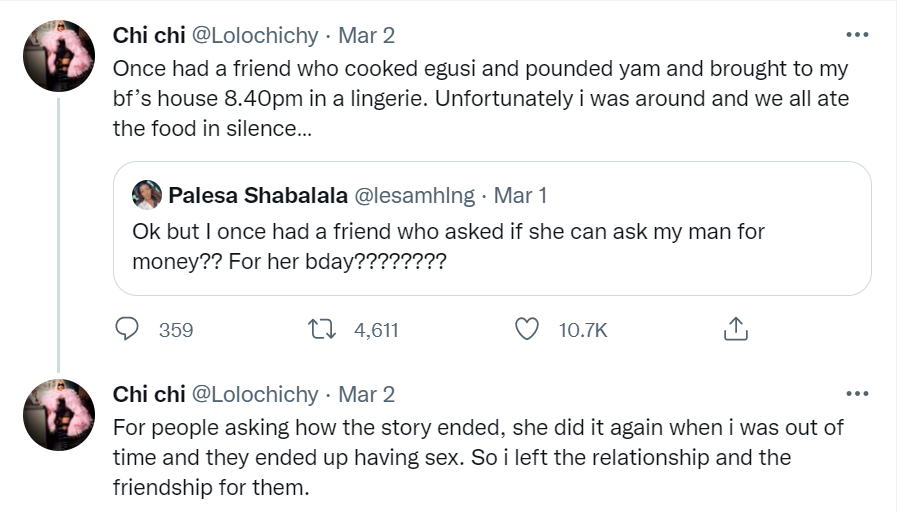 A Nigerian lady has narrated how she lost her boyfriend to her friend.

According to @Lolochichy, it first started after her friend cooked egusi and pounded yam and brought it to her boyfriend’s house around 8.40pm in lingerie. She disclosed that she was around the first time and they ate it in silence.

She added that her friend did it again, but this time she wasn’t around and her boyfriend went on to have sex with her. The Twitter user further revealed that she decided to leave the friendship and relationship.

Once had a friend who cooked egusi and pounded yam and brought to my bf’s house 8.40pm in a lingerie. Unfortunately i was around and we all ate the food in silence…

For people asking how the story ended, she did it again when i was out of time and they ended up having sex. So i left the relationship and the friendship for them.

Timaya denies arrest by police, says he was only interrogated