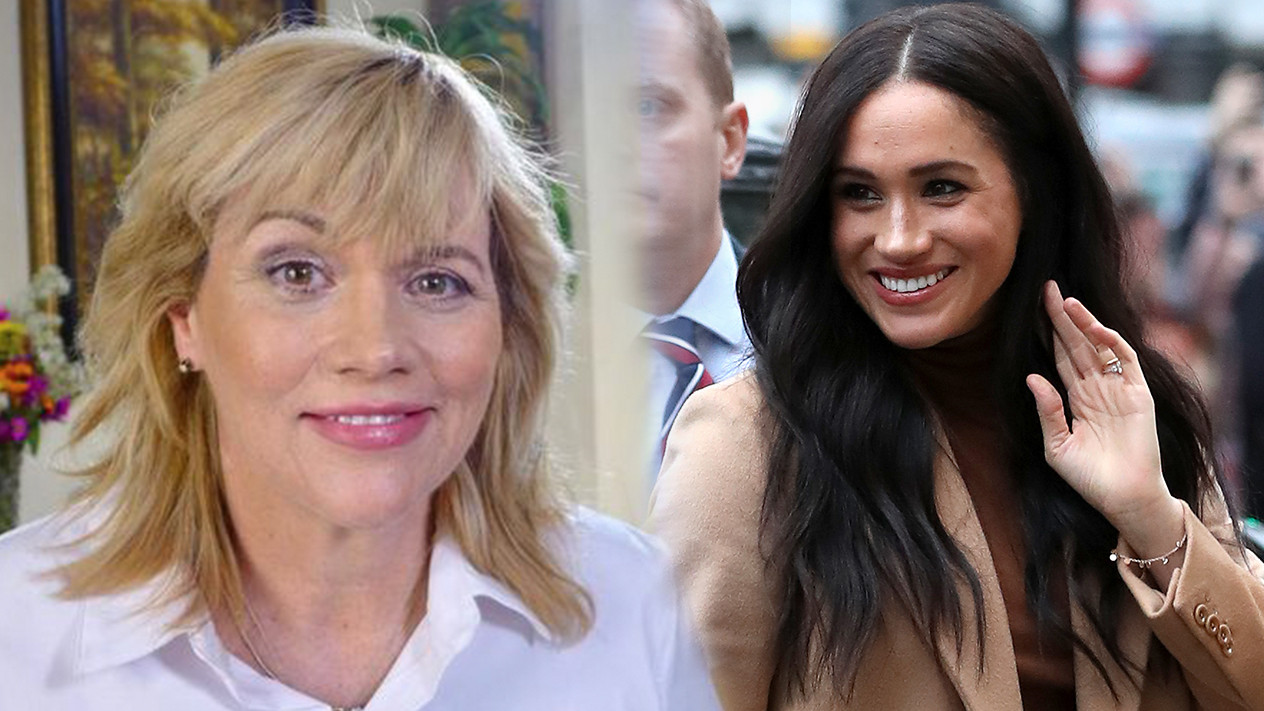 Duchess of Sussex, Meghan Markle is being sued for defamation by her half-sister, Samantha Markle.

Samantha sued the Duchess over the explosive interview she and Prince Harry gave Oprah Winfrey nearly a year ago.

57-year-old Samantha in court documents obtained by some American news outlets, alleged that 40-year-old Meghan made “false and malicious statements” during the sit-down. She accused the former “Suits” star of falsely claiming to be “an only child” and also lying about the timeframe of when they last saw each other.

“The defamatory implication is that Plaintiff had no relationship whatsoever with her sister Meghan, they were virtual strangers and that Plaintiff has created a lucrative career selling false stories to tabloids and television programs when she knows nothing about Defendant’s childhood”

Samantha goes on to accuse Meghan of bashing their father, Thomas Markle, in an attempt to sell the world a false “rags-to-royalty” narrative of her life. She also accused Meghan of misleading the public regarding Thomas’ absence from her 2018 wedding.

“Meghan falsely claimed that: (a) she essentially raised herself from virtual poverty; (b) she was forced from the age of 13 to work in a series of low-paying jobs to ‘make ends meet’

“Mr. Markle suffered two heart attacks in the weeks before Defendant’s wedding in May 2018 due to stress associated with the Royal wedding, the constant hounding and harassment by paparazzi and other media, and upsetting text messages he received from Defendant and Prince Harry, and Mr. Markle’s cardiologist told him he was too
sick to travel to England for the wedding; Mr. Markle did not refuse to attend the wedding, but was instructed by his doctor not to attend the wedding.

“Meghan published and disseminated false and malicious statements about the Plaintiff in New York Times best-selling book, ‘Finding Freedom,’” which she calls, “nothing more than a book of lies (hereinafter referred to as Defendant’s ‘fairy tale life’ story).”

Samantha is asking for $75,000 in damages and for the cost of court and attorney’s fees.

Meghan’s attorney, Michael Kump said in a statement to TMZ: “This baseless and absurd lawsuit is just a continuation of a pattern of disturbing behavior. We will give it the minimum attention necessary, which is all it deserves.”