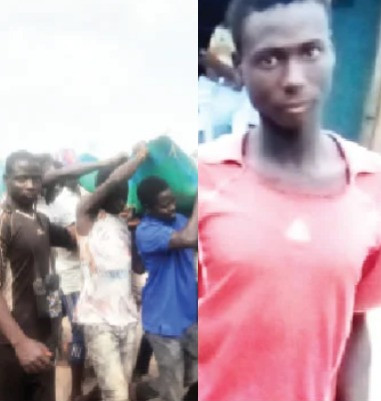 A 22-year-old motorcycle rider, Nura Kazeem, has been crushed to death at the Aseese, Ogun State end of the Lagos-Ibadan Expressway while he was allegedly being chased by some officials of the motorcycle riders’ union in the community over a N600 ticket when he rammed into a commercial bus and died.

It was gathered that Kazeem was preparing to travel to his hometown in the North with his brothers when he was approached by one of the union members, identified simply as Ayomo, about the purchase of the daily ticket. The victim was said to have refused to buy the ticket on the grounds that he was not working and was preparing to travel.

Ayomo and some other officials of the union were allegedly pursuing him when he rammed into a white Mazda bus and died on the spot.

The state police command is yet to comment on this development. Meanwhile, efforts are being made to pacify frayed nerved as some members of the Hausa community felt Nura’s death could have been avoided.

“We haven’t been paid our salary, they can sack us but we will not stop being happy” – Dancing Happy Security Guards say