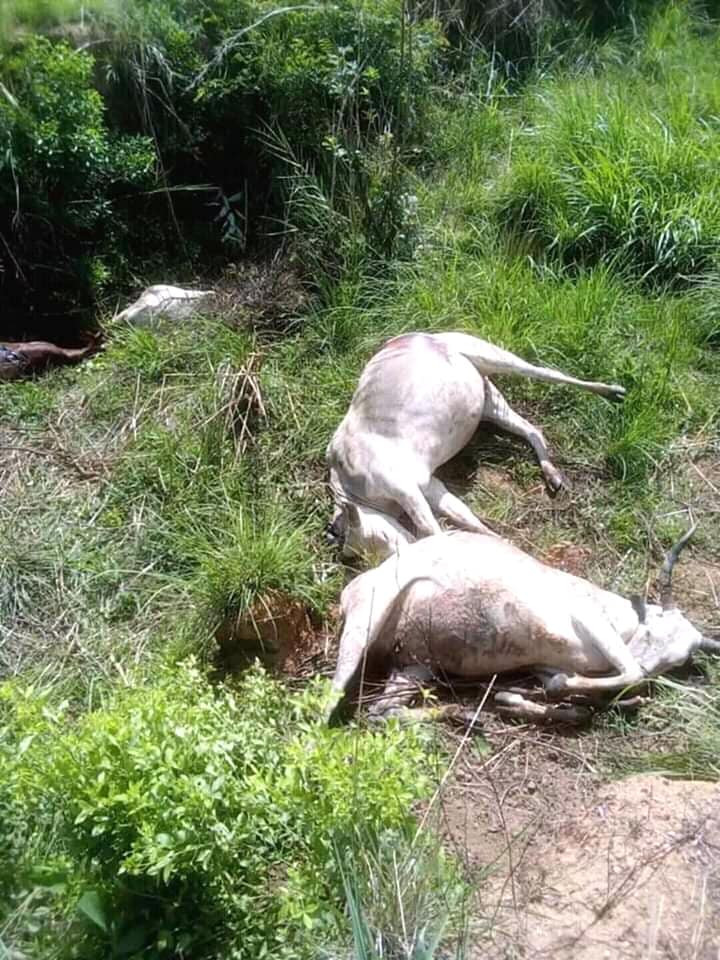 Tension in Plateau communities as gunmen kill over 100 cattle

There is palpable tension in some communities in Bassa Local Government Area of Plateau State after gunmen killed over 100 cattle were killed and injured many.

The state chairman of the Gan Allah Cattle Breeders Association of Nigeria (GAFDAN), Abdullahi Shehu, told Daily Trust that the incident occurred on Wednesday evening, March 2, when the cattle were grazing.

Also confirming the incident, Malam Nura Abdullahi, the state chairman of Miyetti Allah Cattle Breeders Association of Nigeria (MACBAN), aside from those killed, hundreds of other cattle, rams and sheep were still missing.

“The cattle were just grazing when the gunmen stormed the general area of Maiyanga and started shooting sporadically. So far, more than 100 cattle were killed while many are still missing,” he said.

“We have informed the police and Operation Safe Haven command. The Sector 3 command had responded to the incidents and had arrested about seven persons in connection to the killing

“We are tired of these atrocities. What have we done to deserve this? We have not destroyed any farm. We are calling on the security to do the needful and get to the bottom of this dastardly act.”