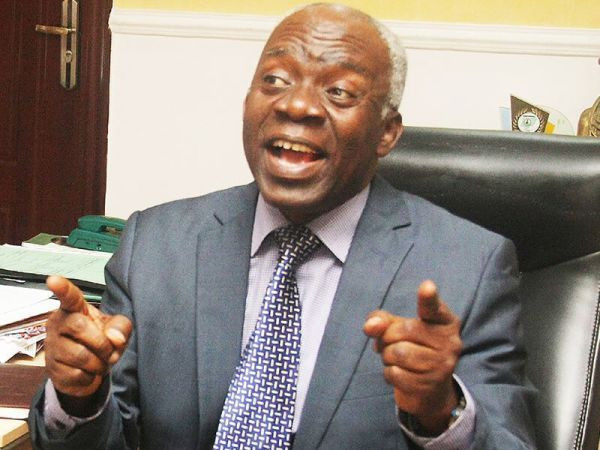 Human rights lawyer and a Senior Advocate of Nigeria (SAN), Femi Falana has condemned the arrest of a lawyer who represented media personality, Omoyele Sowore.

Falana confirmed that the Nigeria Police Force arrested Abuja based legal practitioner, Abubakar Marshall, for failing to produce his client.

He described the act as illegal and also dismissed claims by the police that Sowore jumped bail, saying that the activist had presented himself for any possible arraignment.

“In a bid to justify the illegal arrest of Abubakar Marshall Esq. the Police claimed that the lawyer contravened an unspecified provision of the Criminal Code because he failed to produce a client, Mr. Omoyele Sowore at a police station in the Federal Capital Territory.

“However, in spite of the indiscretion of Abubakar Marshall to stand surety for Mr. Sowore, his arrest, detention and prosecution by the Federal Capital Territory Police Command cannot be justified under the law

“It is trite law that a surety cannot be arrested, detained and charged with any criminal offence before any court in Nigeria on the ground that a suspect has jumped  bail or failed to report for investigation or arraignment.

“The penalty is that the surety is legally obligated to pay the sum stated in the recognisance or bail bond. Before the  bail bond can be forfeited the surety is entitled to show a cause or justify before a Court why it should not be forfeited.

“However, if the surety fails to pay the sum stipulated in the bond the court shall proceed to recover it from the surety like a fine under the Administration of Criminal Justice Act.

“In view of the several decisions of Nigerian courts on the contractual nature of suretyship, Abubakar Marshall has not committed any offence whatsoever.  The authorities of the Federal Capital Territory Police Command are advised to withdraw the criminal charge erroneously filed before the Upper Area Court in Kubwa. However, since Mr. Sowore is not on the run, he has decided to report himself to the Police for any possible arraignment.”

The Fastest Way To Withdraw Cryptocurrency To Cash Money