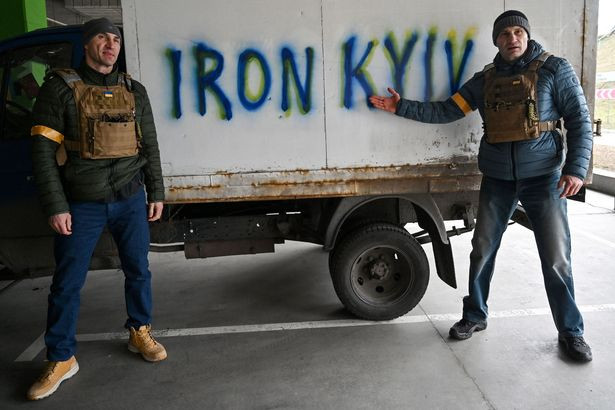 Former heavyweight world champions and brothers, Vitali and Wladimir Klitschko have disclosed that they are ‘ready to die’ to protect their native Ukraine from Russian invaders.

The iconic boxing brothers immediately took up arms following news that Russian President Vladimir Putin was to invade,  and are even said to be on his ‘kill list’ of targets among 24 others.

Images of the pair have now been taken on the outskirts of Kyiv while wearing bulletproof vests, posing in front of a painted van that had the words ‘Iron Kyiv’ sprayed on it.

Vitali, who was WBC heavyweight king between 2008 and his 2012 retirement, is also the current Mayor of Kyiv.

Wladimir, who held the unified WBA (Super), IBF, WBO, IBO, and Ring magazine titles between 2012 and 2015, has also offered his assistance by joining the military.

In their latest update, Vitali told CNN: “I am very proud to see how patriotic people are.

“We’re not interested in how strong the Russian army is, we’re ready to fight.

“And we’re ready to die for our home country and for our families, because it’s our home.

“It’s our future and somebody wants to come to our home and steal our future from us.”

“A lot of ladies are single because they don’t smile” – Relationship expert, Joro (video)