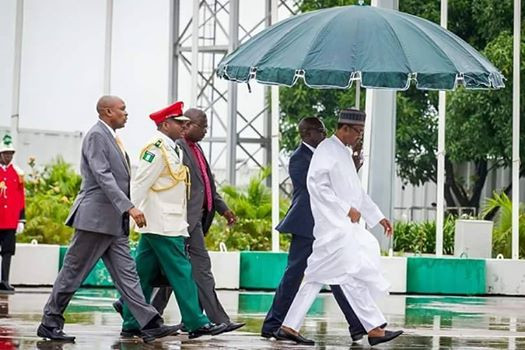 Osinbajo is in charge when I’m away

President Muhammadu Buhari has said that Vice-President Yemi Osinbajo is in charge whenever he is out of the country.

Before departing Abuja on Sunday March 6 for his routine medical checkup in the UK, the President told state house correspondents that he has capable hands to run the government in his absence.

“Well, I cannot claim to be doing the work alone. The government is fully represented; the vice-president is there. Constitutionally, when I’m away, he’s in charge. And the secretary to the government and then the chief of staff. So, I have no problem.”

Buhari however didn’t disclose if he sent a letter to the national assembly as required by the constitution.