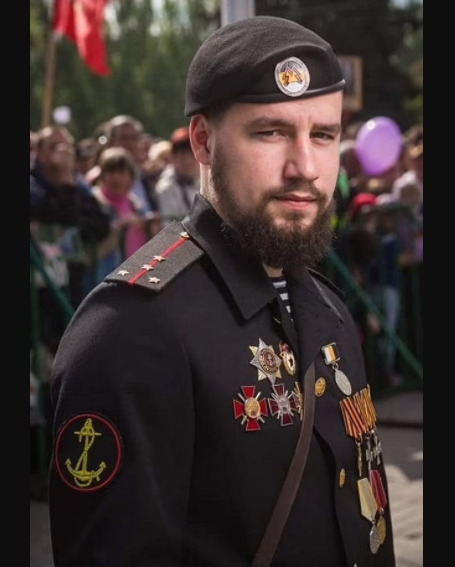 A leader of a rebel military group blamed for brutal war crimes since its formation in 2014, has been shot dead in Ukraine

Zhoga’s kill was yesterday confirmed in a Telegram channel post from Denis Pushilin, head of the breakaway DPR.

‘He was mortally wounded while ensuring the exit of civilians.

”Sparta’ covered the evacuation of civilians, mostly women and children. The Nazis opened fire on them…

‘I have signed a decree on conferring the title of Hero of the Donetsk People’s Republic on Vladimir Artemovich Zhoga posthumously.

‘He died a heroic death, just a little short of victory. But his feat brought it closer.

‘I express my sincere condolences to family and friends.

Zhoga became the group’s leader in 2016 after his predecessor Arsen Pavlov died following an IED explosion in the lift of his apartment.

Pavlov was accused of several war crimes, and in 2015 the Kyiv Post shared audio of him, in a phone call with the news outlet, saying he shot ’15 prisoners dead’.

“Only good and pure hearts can form such a heavenly union”