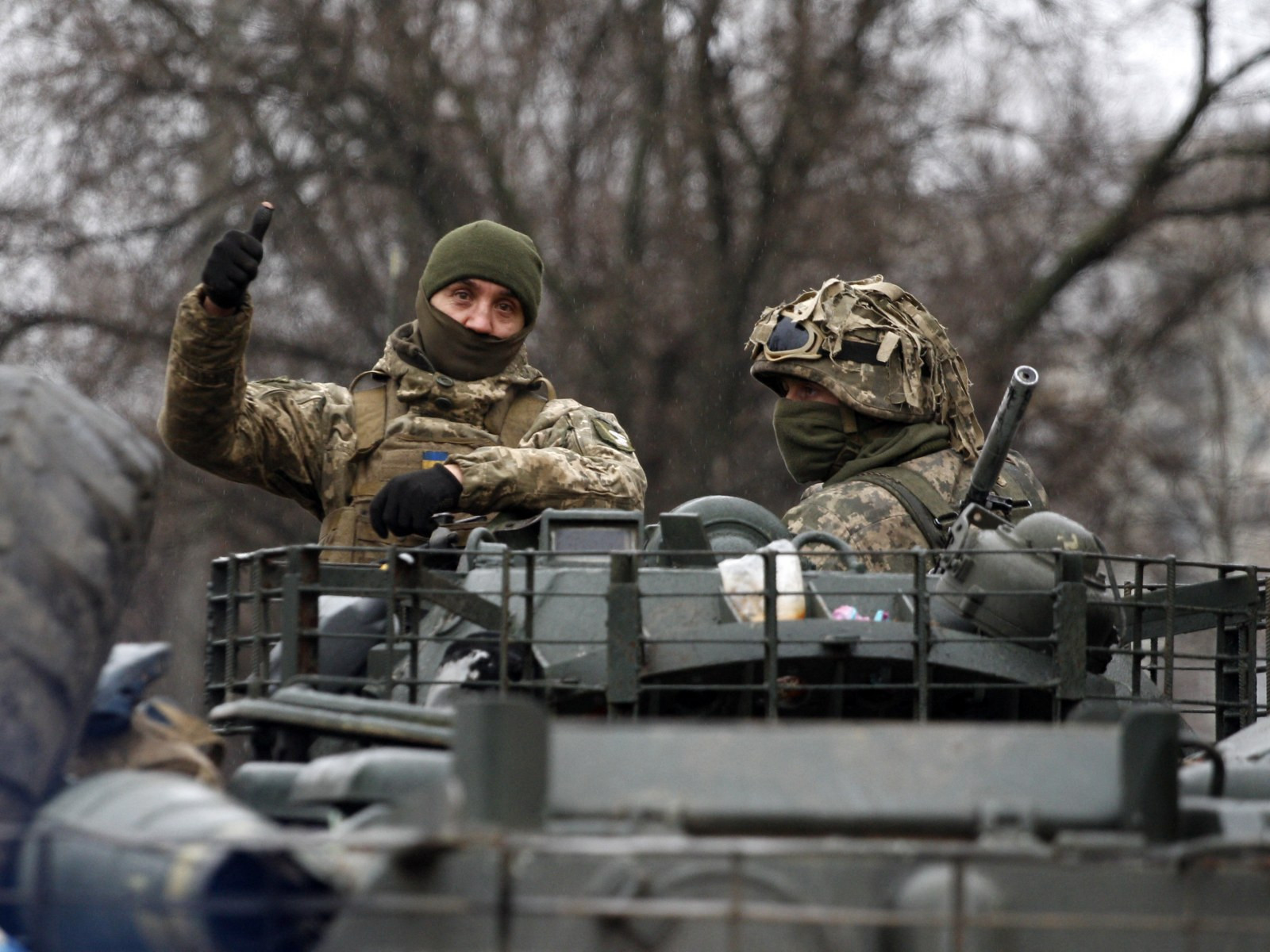 Ukrainian forces have recaptured the eastern city of Chuhuiv, defence officials have announced.

The General Staff said the defending forces had seized the city from the Russians and inflicted heavy losses on Putin’s men in both personnel and equipment.

Two high-ranking Russian commanders were killed in the battle.

The strategic city of 31,000 people is located 23 miles from Kharkiv, the second biggest city in Ukraine which has been subjected to intense bombardment.

The General Staff said on Facebook: ‘In the course of hostilities, the city of Chuhuiv was liberated.

‘The occupiers suffered heavy losses in personnel and equipment.

The city had suffered intense shelling since the start of the war, and was the site of an airstrike which severely wounded a woman, 52, who has since become one of the defining images of the war

Despite the heavy bombardment, Ukraine have now been able to hold off Russia and even launch counterattacks to regain the city.

It comes as cities were hit by fresh bombardments this morning with Vladimir Putin’s invasion entering its twelfth day.

Volodymyr Zelensky vowed that ‘God will not forgive’ and Ukraine ‘will not forget’ the slaughter of civilians by Russian, saying a ‘day of judgement’ is coming for them.

Zelensky, in a late-night address to his countrymen on the Orthodox Christian holiday of ‘Forgiveness Sunday’, recalled how a family of four were among eight civilians killed by Russian mortars while trying to flee the city of Irpin – near Kyiv – earlier in the day.

“A lot of ladies are single because they don’t smile” – Relationship expert, Joro (video)