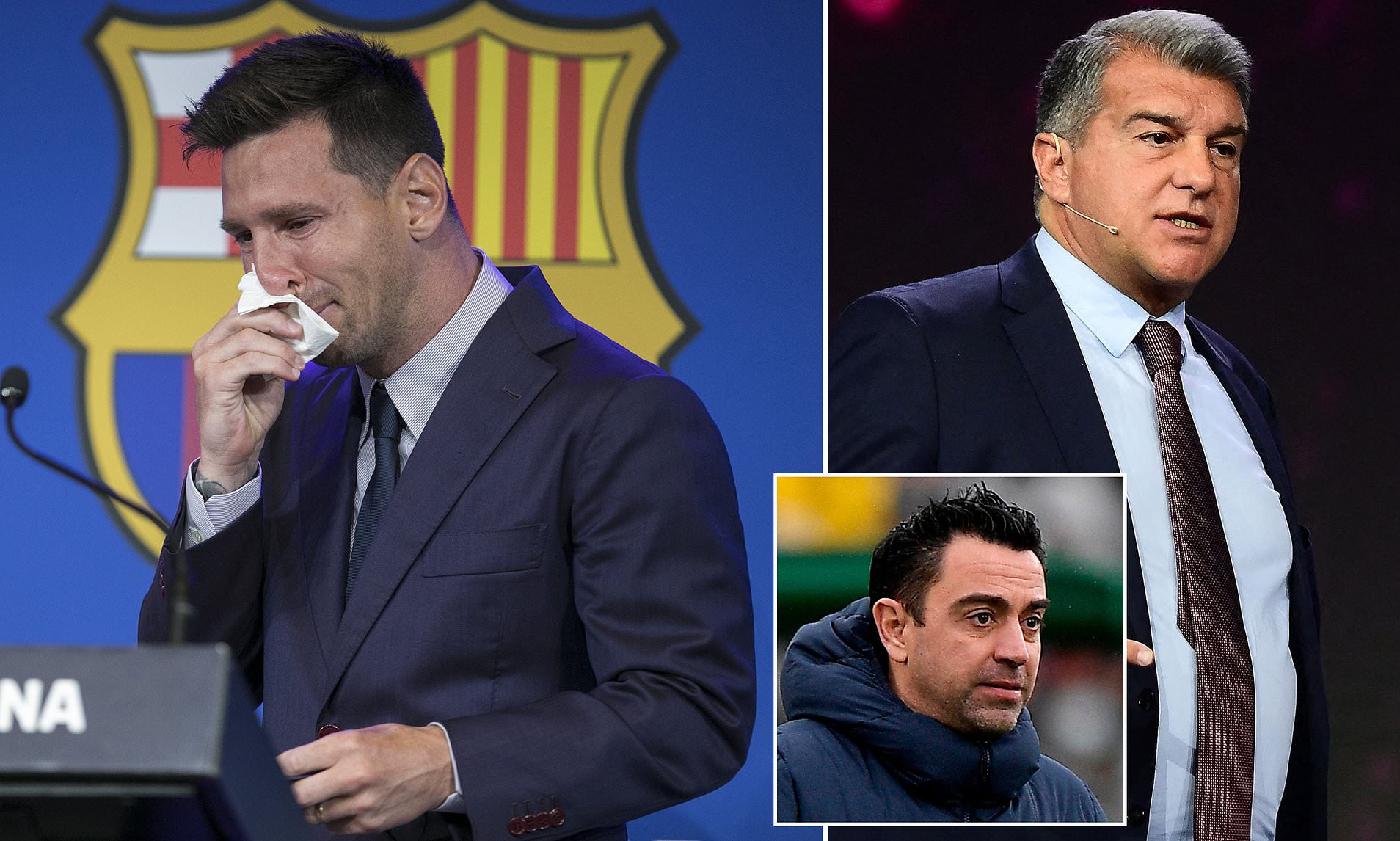 Barcelona president, Joan Laporta has insisted that he is ‘not sorry’ about his bombshell decision to allow Lionel Messi to leave the club last summer.

The superstar footballer was forced to bid an emotional farewell to his boyhood club after their financial crisis left him unable to sign a contract extension, and he later joined Paris Saint-Germain on a free transfer.

However, Laporta has now revealed he does not regret his choice, despite labelling it the ‘saddest decision of all’, and says it was born of his desire to put the club first.  He also heaped praise on Xavi, predicting the manager will bring ‘many joys’ to the Nou Camp.

‘It was painful,’ he admitted in an interview with Barca TV, via Mundo Deportivo.

‘If I take stock, it is the saddest decision of all and I would never have wanted to make it, but I am not sorry either because I wanted to put the institution ahead of everything, even ahead of coaches and the best player in history.

‘And we had to do it. Because the situation we inherited is what it was. And due to a lot of will and intentionality we had, we came across a reality.

‘It might seem that there was nothing afterwards, but those of us who love Barça know that history continues and with work and well-thought-out decisions, we can continue on the path of success.’

The club chief has also spoken about his thought process behind hiring legend Xavi as Ronald Koeman’s replacement.

He has even admitted that he regrets not turning to the former midfielder earlier.

‘I would have done it before,’ he added. ‘It’s clear to me. I should have listened to my intuition but in life you can’t listen to intuitions.

‘You have to take into account many situations. I’m sure no decision is perfect but I didn’t, I made another decision according to other circumstances. And in the end the decision was good because we have improved.’

‘Xavi is responding amply, magnificently well. He knows the club, he loves it, he respects decisions, he has personality so as not to be influenced, he is very clear about how we should play and he is a worker.

‘He is sick of football and that makes him live with what Barca is and everything that surrounds the team. I am very satisfied to have a coach like him, for many years. I am convinced that he will give us many joys.’

BBNaija Tacha steps out in style amidst depressions and suicide rumours