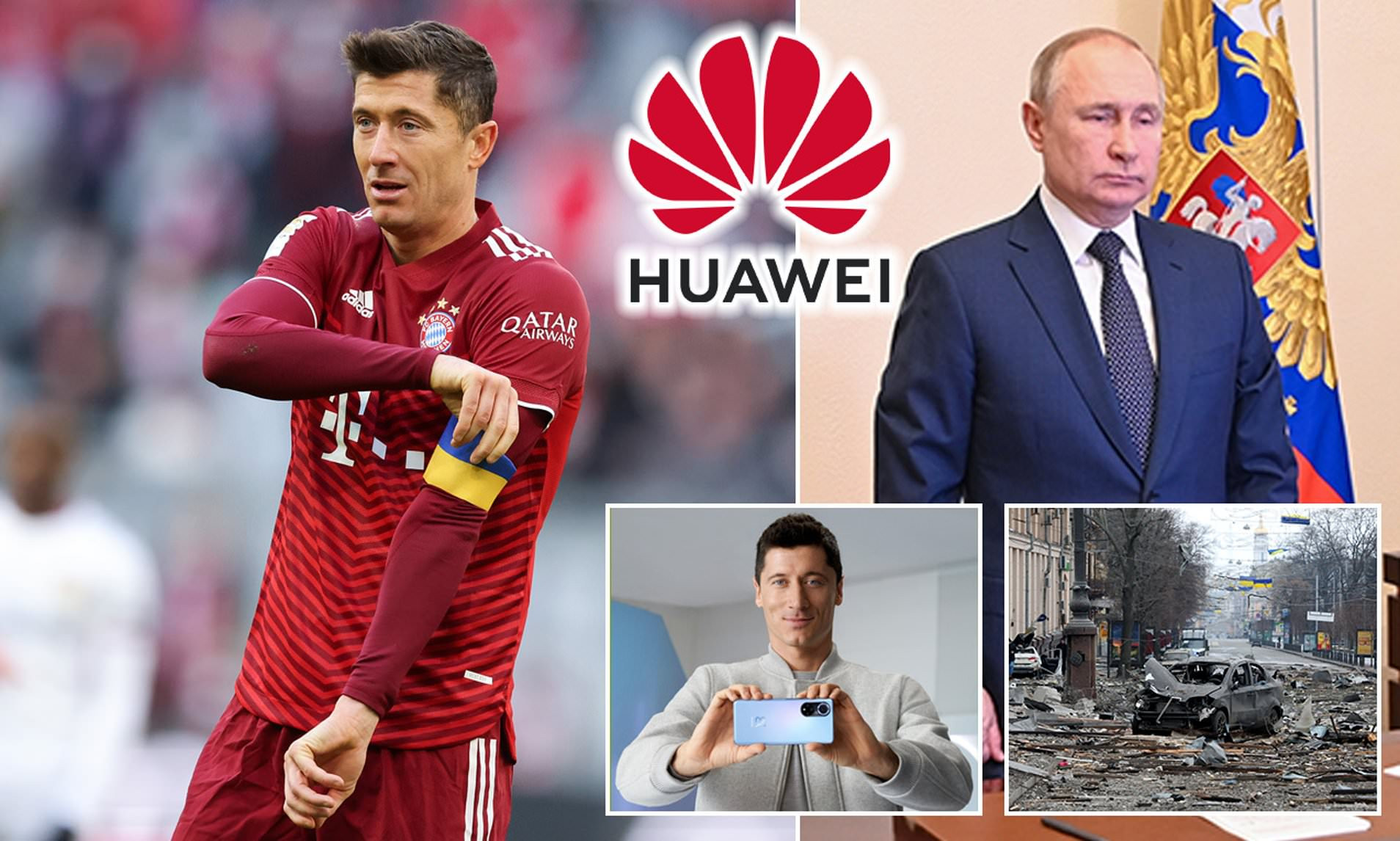 Bayern Munich and Poland star, Lewandowski cuts his ties with Huawei amid reports the Chinese technology company is helping Russia amid invasion of Ukraine

Reports in China say the tech giant has been helping Vladimir Putin’s efforts to stabilise Russia’s internet network after it came under attack from hacker groups across the globe.

A report, which appeared on a Chinese news site but was later deleted, claimed that Huawei would use its research centres to train ‘50,000 technical experts in Russia’.

And now Lewandowski has decided to quit his role as a regional ambassador for the company in Poland, central and eastern Europe, and Scandinavia.

‘Huawei CBG Polska regrets the end of the partnership with Robert Lewandowski. We appreciate our long-term cooperation and wish him every success in the future,’ read an update from the company.

The striker’s agent, Tomasz Zawislak, also provided an update, revealing to Interia Sport that the breakdown of the sponsorship deal came from Lewandowski’s decision rather than Huawei.

‘It is true. Today we decided to end the marketing cooperation between Robert Lewandowski and the Huawei brand,’ he explained.

‘Therefore, the implementation of all promotional services has been suspended on our part.’

Zawislak was asked whether Lewandowski’s decision was linked to the company still operating in Russia.

He replied: ‘We do not have full information on this, so I will stop at what we have already stated.’

Russian forces continued to pummel some Ukrainian after president Vladimir Putin ordered his troops to invade their neighbours.

Poland international Lewandowski has been a vocal critic of Putin’s invasion and led his country’s boycott of their World Cup play-off with Russia.

The game was due to take place later this month but has now been scrapped after Russia were banned by FIFA and UEFA.

‘It is the right decision!’ tweeted Lewandowski’s as Poland’s boycott was announced.

‘I can’t imagine playing a match with the Russian National Team in a situation when armed aggression in Ukraine continues.

‘Russian footballers and fans are not responsible for this, but we can’t pretend that nothing is happening.’