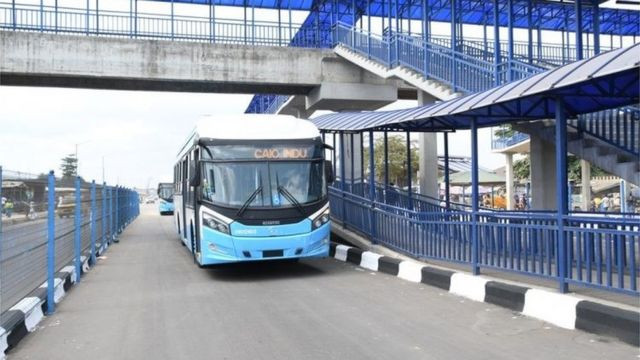 The Bus Rapid Transit in Lagos has suspended its operation over  fear of attack following the death of 22-year-old Bamise Ayanwole, who was allegedly abducted and killed by one of its drivers after boarding a BRT vehicle on Friday March 4.

Punch reported that passengers were left stranded on Tuesday morning at the various Bus Rapid Transit terminals across the state with no bus in sight.

An official of Primero told the publication that the operations of the BRT had been temporarily suspended across the state owing to the unfortunate incident that led to the killing of Bamise. He assured the commuters that the issue was being handled by the state government and services would be restored as soon as possible.

“Psquare will shut down O2 Arena, with or without new songs” – Peter Okoye brags

Moment beautiful lady knelt down to propose to singer, Portable at an event (video)