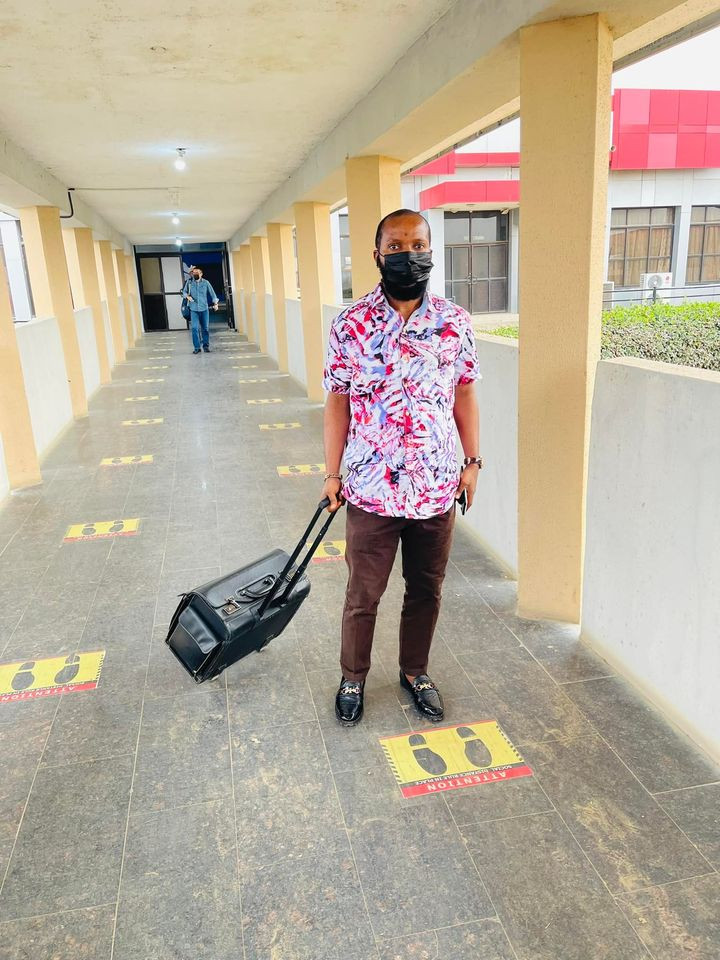 Every time I visit Kano, the reality dawns on me that we operate a one country two system policy in Nigeria

In his Facebook post, Effiong disclosed that each time he visits Kano, it dawns on him that we operate a one country two system policy in Nigeria.

He noted that life is simple in Kano and there are few police checkpoints in Kano metropolis. The lawyer added that you will hardly see policemen harassing people on the road with “useless and criminally inspired vehicle checks, questions and braggadocio.”

Efiiong further claimed that this partly explains why many people in the North wrongly perceived.

Goodbye to Kano once again.

Every time I visit this part of the country, the reality dawns on me that we operate a one country two system policy in Nigeria.

Life in Kano is simple.

There are few police checkpoints in Kano metropolis.

You will hardly see policemen harassing people on the road with useless and criminally inspired vehicle checks, questions and braggadocio. This partly explains why many people in the North wrongly perceived #EndSARS as a movement that was designed to remove junketing and incompetent Buhari from power. Their experience with the police is fundamentally different from ours in the South.

In Uyo, armored personnel carrier is permanently positioned in front of the Idongesit Nkanga Secretariat. You can’t find such at the Audu Bako Secretariat in Kano. I’m writing based on my observation. I have never seen one. You can correct me.

The security structure at the Mallam Aminu Kano International Airport is different from what we’ve at the Murtala Muhammad Airport Lagos.

We need to address the needless militarization and over policing of the South.

The South East for example has been militarized before the IPOB struggle assumed a radical dimension.

The number of police, military and para-military checkpoints situated between Lagos and Onitsha alone is sickening. These checkpoints are largely used by policemen and soldiers for extortion. I saw this madness last December when I had to travel by road for a friend’s wedding in Onitsha due to flight unavailability.

The checkpoints are needlessly and provocatively close in proximity. Nigerians who cannot travel by air within Nigeria are forced to deal with this monstrosity regularly.

Meanwhile, you don’t see politicians all over the place in Kano moving menacingly with the sort of intimidating convoy and frightening armed escorts that politicians in places in Akwa Ibom move around with.

While at the Airport, this particular Mallam beckoned on me to patronize his decorated shoes. I didn’t yield though I was looking at his shoes. The man left his shoe-stand and walked up to me with some shoes with the hope of persuading me to buy it. I still wasn’t convinced until he offered to sell for me on credit with the understanding that I can send money to him when I reach Lagos.

Because of that singular act, I was impelled to purchase and pay for one of the shoes. I do not know how many vendors at the Lagos airport will trust a complete stranger that way. This has been my experience with regular business people in Kano.

I’m not saying there are no such people in Lagos. But there’s a cultural dimension to the simple disposition of the average person in the North.

I am not in any way suggesting that the living standard in the North is better than the South.

I’m saying that the simplicity of life in the North and the higher professionalism exhibited by state actors, particularly policemen and soldiers, in the Northern part of Nigeria calls for deep reflection and remedial actions. The promises that the Buhari regime made during the #EndSARS protests have been consigned to the dirty dustbin of history.

The more I travel across Nigeria, the more I’m convinced that dividing this country is not the best way to solving our problems. Chinua Achebe had rightly diagnosed the problem. It is squarely that of leadership.

The weaponization of religion and ethnicity by our rogue political elites from the North and South is the greatest obstacle to the progress of Nigeria.

What we need essentially are rule of law, democracy, responsible, accountable and sane leadership with true federalism. If we are able to get these, Nigeria can begin the process of securing a place in the map of civilized countries.