Damilola Osinubi, the young lady who was involved in singer Timaya’s alleged hit and run, has taken to social media to share her side of the story.

Recall that a few days ago, the “Outside” hitmaker was called out for hitting a lady with his car in the Ikate area of Lagos state, and fleeing the scene.

However, while reacting to the allegation, Timaya noted that the accident was not a case of hit and run as alleged. According to him, he only drove off when four boys aggressively approached his vehicle. He insisted that he wasn’t arrested but was only at the station to give his statement. 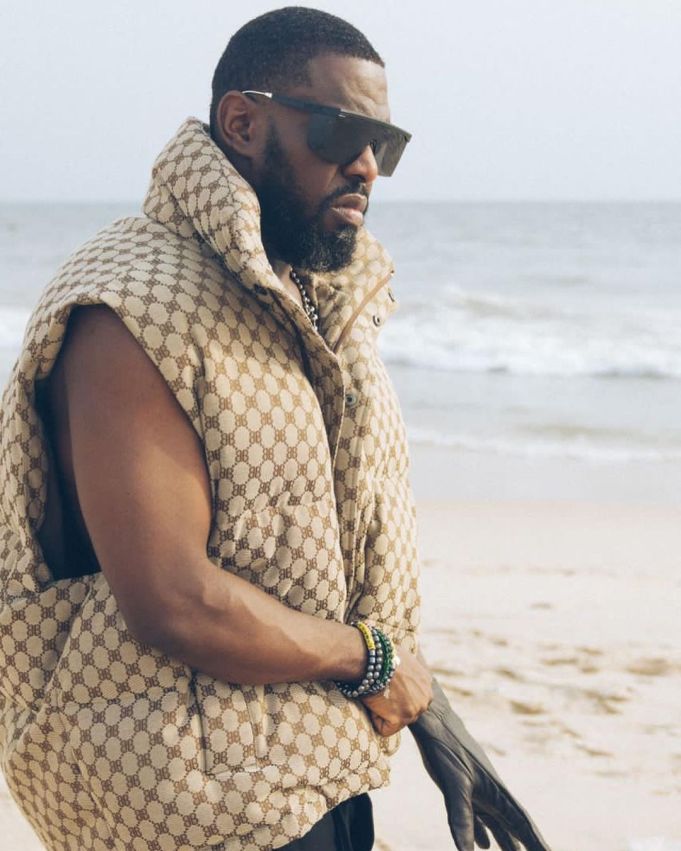 The victim, who has now taken to social media to share her side of the story in a lengthy Instagram post, accused Timaya of painting “his wicked act of hit and run with emotion.”

“Timaya Inetimi @timayatimaya you are wicked and heartless. You painted your wicked act of hit and run with emotion. Thank God and others that called you out if not you won’t tender apology to your fan. Your conscience will continue to judge you cause you intentionally hit me off with your green G wagon boasting that you are a celebrity, your lawyer came and sympathize with me in general hospital at about 10:30PM and Your lawyer said this is too much for someone to let it slide. The pains you inflicted on me by your recklessness and no respect for womanhood. The permanent scar you inflicted on me intentionally. All I want is justice as he isn’t feeling remorse because he should not go scot free to serve as deterrent for others.” She wrote in part. 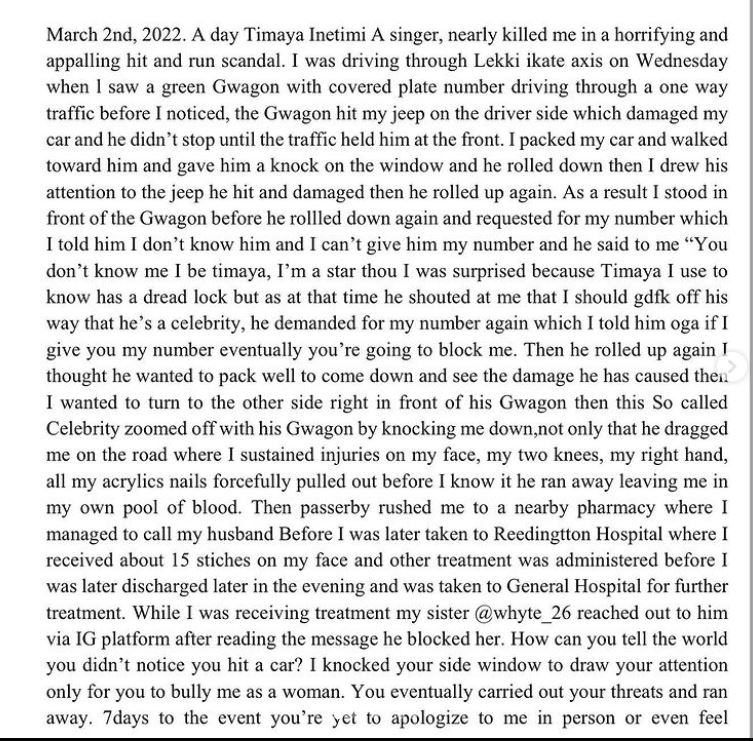 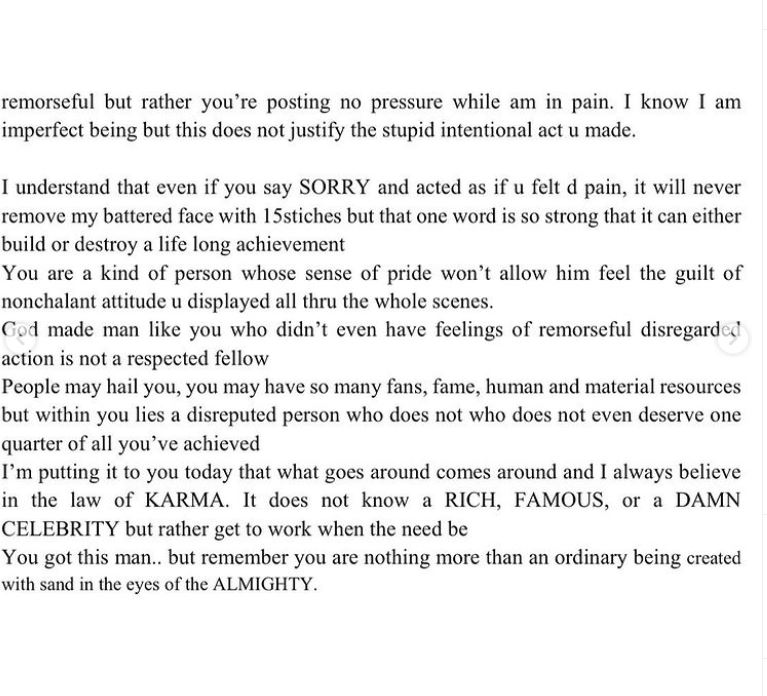 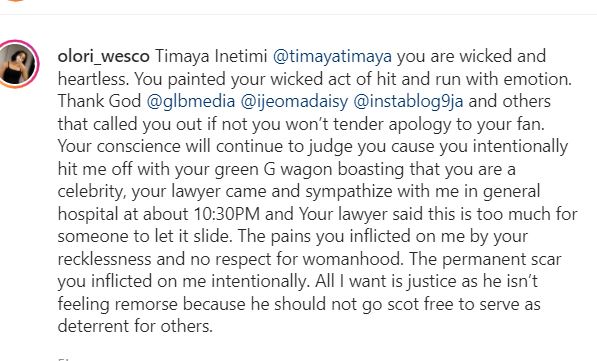 “If anything happens to me, hold her responsible” – Man in pains after discovering that his three children are not biologically his