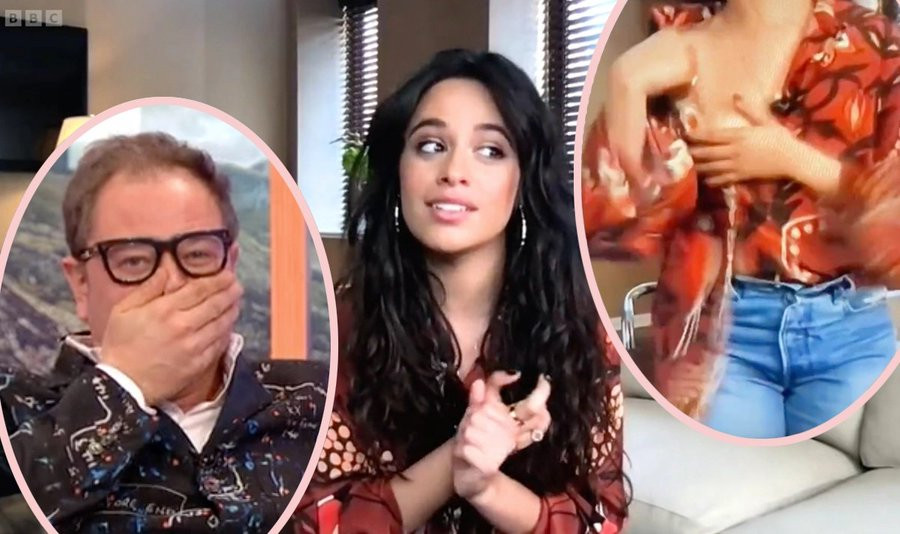 The 25-year-old left the show’s host and fans in shock as she suffered the epic wardrobe malfunction while appearing live via video link.

She was on the show to talk about her new single, when the wardrobe malfunction occurred. Camila was attempting to show Alan Carr, Alex Jones and Jermaine Jenas her dance moves when her flimsy top fell down.

The singer professionally carried on with her routine while amending her clothes, adding: “Whoops I just flashed you.”

Fellow guest on the show Alan Carr was also left in hysterics, and could be seen clapping his hand to his mouth when Camila’s boob slip occurred.

This didn’t go unnoticed by fans with one saying: “Woops….Alan carr trying to hold it together is hilarious.”

Camila shot to fame when she was just 15 on The X Factor and came in third place with her band Fifth Harmony. After quitting the band she has since forged a successful solo career.