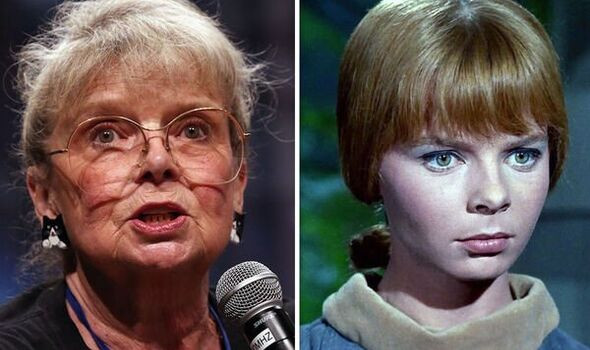 American actress,  Laurel Goodwin, who starred in the original pilot episode of Star Trek and the film Girls! Girls! Girls!, has died at the age of 79.

Goodwin enjoyed an extensive career in film and television, and made her Hollywood debut in 1962 opposite Elvis Presley.

She passed away on February 25, according to an online obituary, though no cause of death was given.

Born in August 1942 in Kansas, the actress first signed a contract with Paramount Pictures at the age of 19.

Her performance in the film opposite legendary Rock n Roll star Presley and was followed by her role in Papa’s Delicate Condition with Jackie Gleason.

She held multiple TV parts in shows including The Virginian, Get Smart, The Beverly Hillbillies, as well as the unaired Star Trek pilot.

Aside from her film success, Goodwin also appeared in many roles on television. She played Yeoman J. M. Colt in the 1964 rejected Star Trek pilot episode The Cage, from which scenes were later incorporated into the episode The Menagerie.

According to IMDb, her other notable TV credits included The Hero, The Partners, The Beverly Hillbillies, Get Smart, The Virginian and Run Buddy Run, among others.

Goodwin was also involved behind the scenes with her husband, Walter Wood. In 1983, the couple produced Stroker Ace, starring Burt Reynolds and Loni Anderson.

After retiring from acting in 1971, Goodwin pursued a career in-home nursing and later took care of her husband when he became ill until his death, according to StarTrek.com.

During her 2016 interview with the website, Goodwin reflected on her life and career.

“You really are everything that you’ve ever done in your life,” she explained. “Even if you mess it up terribly in the end, or mess it up in the beginning, if you mix it all up and you’ve done some good stuff in between, it’s a good life. I’ve had adventure, and a wonderful life, in so many ways, that people would give their right arm for.”

Goodwin is survived by her sister, Maureen Scott.