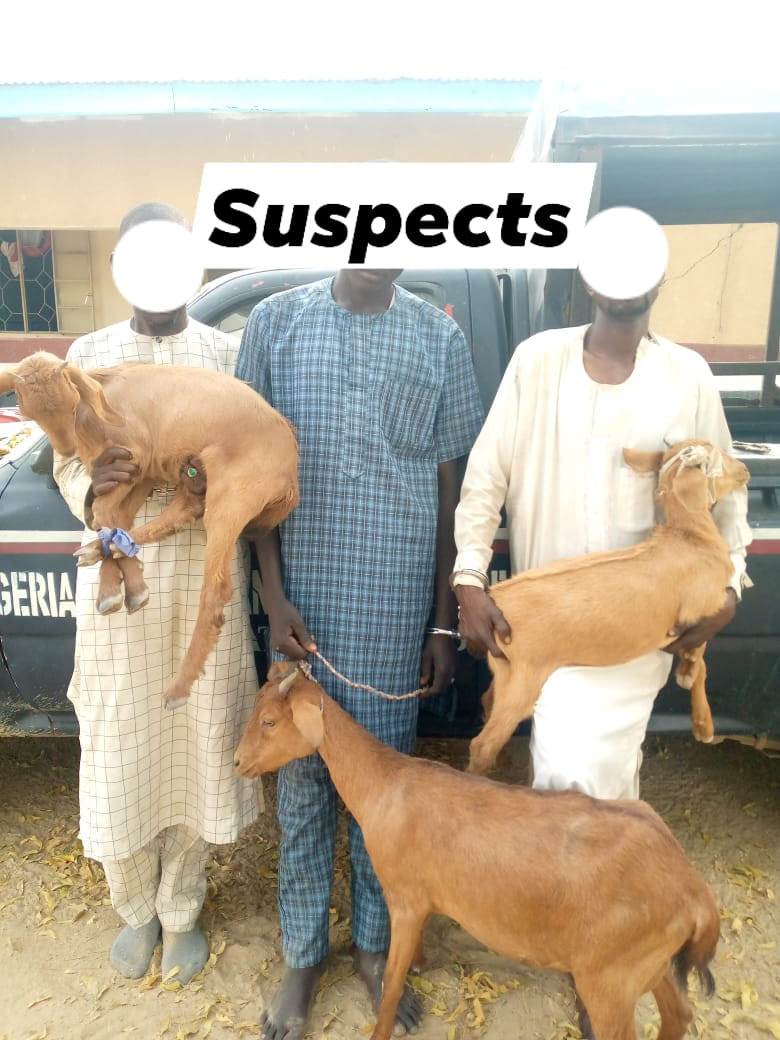 Spokesperson of the command, CSC Adamu Shehu, in a statement on Tuesday, said that the suspects were arrested in G.R.A Quarters, Hadejia on Sunday, March 6, 2022 at about 10pm while in possession of the goats suspected to be stolen.

“Haruna Isah ‘M’ aged 22 of Kwarin Naganda Quarters, One Ahmed Isyaku ‘M’ aged 25 of Matsaro Quarters and one Abdullahi Garba ‘M’ aged 27 of Gawuna Quarters, all of Hadejia Local Government Area respectively, were arrested on a suspected case of Criminal Conspiracy and Theft contrary to section 97 & 286 of Penal Code Law respectively,” he stated.

“Investigation revealed that the suspects conspired and stole three goats belonging to one Abubakar Oje of Gandun Bundugoma Quarters, Hadejia LGA and decided to take them to Gujungu Market which operates on Sundays with intent to dispose them. The goats were valued at N60,000.”

Oluwo of Iwo announces his wedding with Kano princess; describes her as ‘matrimonial material and morally upright’

From being kicked out of a house to owning four houses”, Laide Bakare shares her touching story