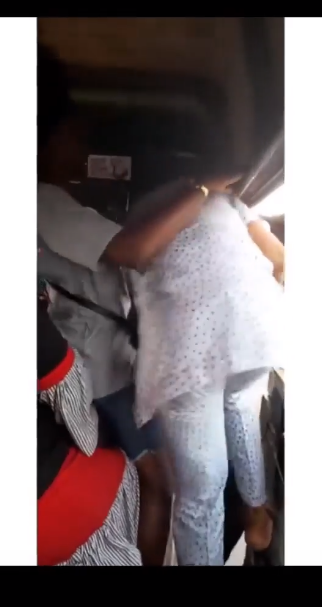 A bus conductor and passenger engaged in a wild fight on the streets of Lagos as captured in a video which has gone viral online.

Others passengers on the bus were heard saying that the conductor refused to allow the passenger to alight from the bus after wasting his time.

The conductor who refused to listen to pleas continued the fight away from the bus and eventually got help from an unidentified person who took the passenger’s slippers.

Watch the video below……….

PDP notifies INEC of nominees to replace Umahi and his deputy