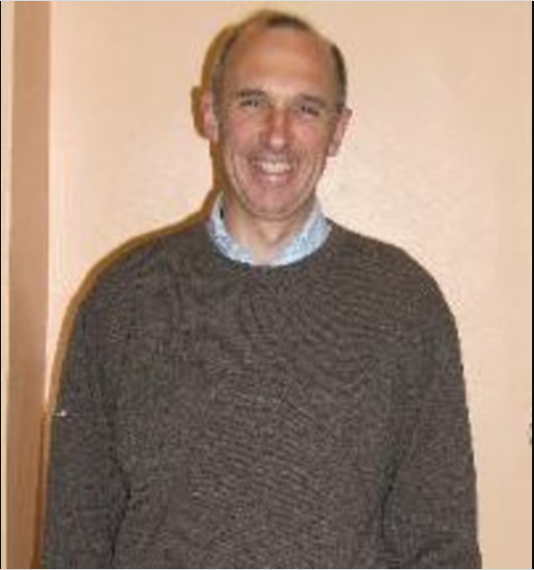 A Church of England vicar who stripped to his underwear to carry out an ’emergency baptism’ has been sacked after a tribunal ruled his actions were ‘unbecoming’ for a parish priest.

Reverend Clive Evans, a barrister until he was ordained in 1995, was found guilty of unacceptable behaviour following a Church of England tribunal last month, but no details of his actions were initially revealed.

However, a full report has now been published describing how Rev Evans was filmed carrying out the baptism in front of a ‘shocked family’.

A panel found that he ‘acted inherently inappropriately’ and the incident had led to a ‘loss of dignity’, before ruling he should be banned from holding office in the Church of England for six months.

The tribunal heard Rev Evans received a phone call while he was eating breakfast from a parishioner, who cannot be identified for legal reasons, asking if he could carry out a baptism at their home later the same day.

Rev Evans told the tribunal, held in December, that it was not a convenient time as he was due to be leaving for a holiday in Liverpool with his wife.

He told the panel it was an ’emergency baptism’, but the panel disagreed, stating there was ‘not an imminent danger of death’.

After finishing breakfast and packing for his holiday, he arrived at the house and informed the family he would be stripping down to his underwear – citing that he did not want to get wet. However, the panel also found that there was ‘no extreme urgency which might conceivably be imagined to justify a state of semi-nakedness’.

Recalling the incident, one family member said: ‘Clive then started to remove his shirt which I thought was fair enough seeing as he didn’t want to get it wet.

‘However when he started taking his shorts off I was shocked and thought to myself why is he undressing completely in front of my mother, my sister and I.’

The panel rejected Rev Evans’ excuse that he ‘did not have time to consider what to wear due to the emergency nature of the baptism’.

Instead, they found he had ‘ample time’ to consider what to wear and knew at the time of the earlier phone call that he was going to be carrying out a ‘full immersion using the bath’.

The report of the tribunal continued: ‘Although we accept that the family did not indicate unhappiness about his state of undress, and indeed only Person 2 has expressed reservations about it, the Panel has concluded that no agreement was reached with the family to his taking off his clothes leaving only his boxer shorts.

It added: ‘The panel considers that underwear is intimate apparel. It is qualitatively different to, and has different associations from, other forms of clothing, or even of swimwear.

‘As such, there is a loss of dignity by stripping down to underwear in the circumstances in which it occurred which is inherently inappropriate and unbecoming.’

The panel concluded by unanimous verdict that Rev Evans had engaged in conduct unbecoming or inappropriate to the office and work of a clerk in Holy Orders.

While Rev Evans was a ‘highly experienced and self-confident priest’ who would have been respected, the panel found ‘ought to have known better, acted more responsibly and with far greater restraint, insight and self-control than he did’.

Rev Evans was initially suspended from all duties in April 2019, before he was sacked from roles at St Peter’s Church in Bromyard and nearby St Peter and St Paul’s Church in Stoke Lacy.

The Diocese of Hereford, which has oversight of the Bromyard church, said the initial suspension was ‘ so that an enquiry can be carried out in relation to a complaint’ that had been received’.

The Bishop of Hereford, The Rt Rev Richard Jackson, said: ‘The behaviour of Revd Evans is completely unacceptable, and we will be keeping all those affected by this case in our prayers.

‘Clergy are in a privileged position of leadership. Their congregations and the wider community hold them in trust. The professional guidelines to which they are bound to make clear that this is a trust that they must not abuse.

‘The behaviour and actions of Revd Evans are in no way reflective of acceptable church practice.

‘We fully support the findings of the tribunal and the decision to apply the penalty to remove him from office, which takes immediate effect.’

Nigerian woman gives birth to quadruplets after 12 years of waiting