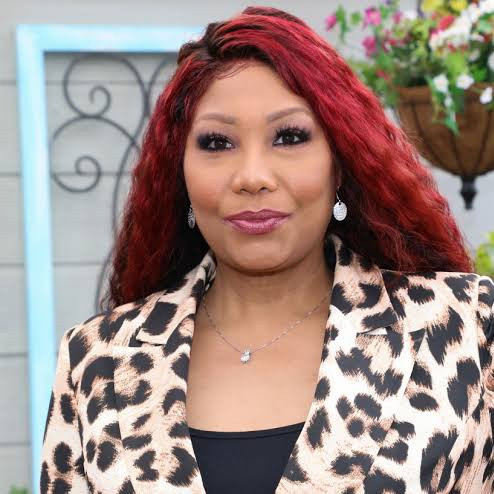 Traci Braxton, the sister of singers, Toni and Tamar Braxton, has died at the age of 50.

Traci, who appeared on the reality show ‘Braxton Family Values’ with her parents and siblings, died on Friday, March 11.

Traci’s husband Kevin Surratt disclosed the sad news to TMZ,  saying: “We have come to a time where we must inform the public that after a year of privately undergoing a series of treatment for Esophageal cancer our beloved Traci Braxton has gone on to glory.”

Traci was reportedly surrounded by her sisters and her mother in her final moments.

Like her sisters, Traci was also an accomplished singer. She scored a modest hit with her 2014 single Last Call, which preceded her debut studio album Crash & Burn.

She was also an actress, playing one of the top-billed roles in the 2018 movie Sinners Wanted.

She also voiced the announcer on the 2020 TV movie The Christmas Lottery.

She shared black-and-white photo of her sisters and wrote: “It is with the utmost regret that we inform you of the passing of our sister, Traci.

“Needless to say, she was a bright light, a wonderful daughter, an amazing sister, a loving mother, wife, grandmother and a respected performer. We will miss her dearly.

“Traci passed this morning as the snow was falling, our angel is now a snowflake.”

He shared a photo of him hugging his sick mother and wrote: “When I heard the news about my mother being sick first thing she said was I’m going to fight and beat this. She fought to the end and today she’s at peace.

“I love my mother forever and this hurts so much but I’m at peace knowing she’s isn’t in pain anymore.