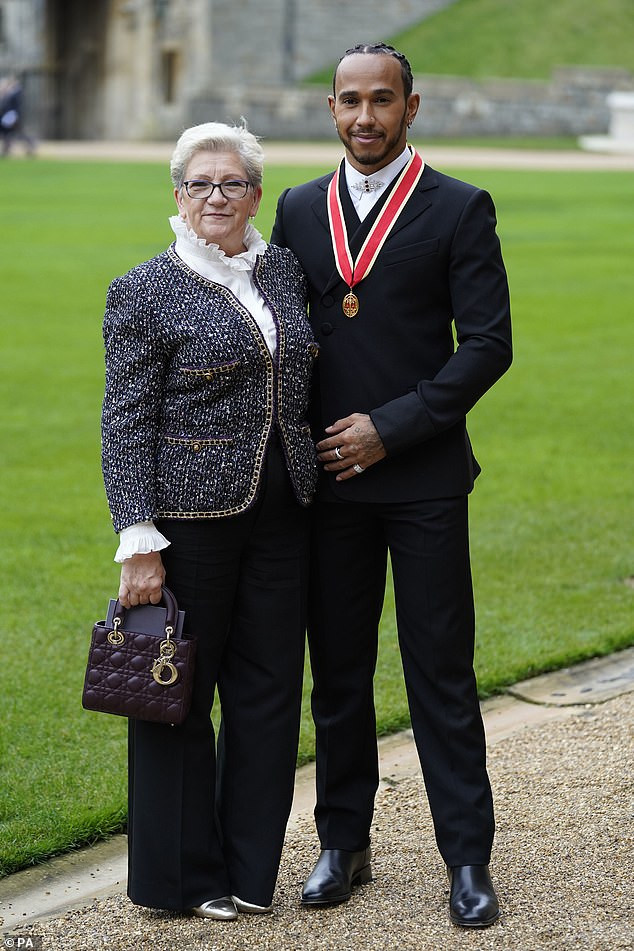 Seven-time Formula one champion,  Lewis Hamilton has announced that he is changing his surname to include his mother’s maiden name because he doesn’t ‘really fully understand the whole idea that when people get married the woman loses her name’.

The F1 star said he intends to incorporate his mother Carmen’s maiden name, Larbalestier alongside Hamilton.

Speaking ahead of the new Formula One season which starts in Bahrain on Sunday, Hamilton, 37, said: ‘I am really proud of my family’s name. My mum’s name is Larbalestier and I am just about to put that in my name.

‘I don’t really fully understand the whole idea that when people get married the woman loses her name and I really want my mum’s name to continue on with the Hamilton name.’

Asked when he anticipated the change would take place, Hamilton replied: ‘Hopefully soon. We are working on it.’

Born Lewis Carl Davidson Hamilton, Hamilton grew up in the Hertfordshire town of Stevenage to parents Anthony and Carmen.

Hamilton’s parents separated when he was two, after which he lived with his mother and older half-sisters, Samantha and Nicola, until he was twelve.

Kanye West told me my career is over