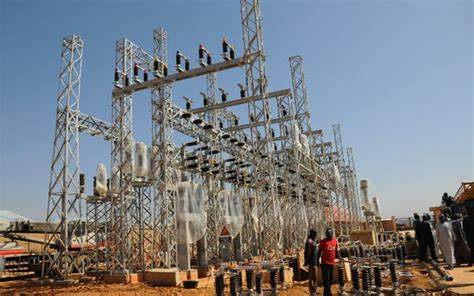 There’s been a nationwide power outage following the collapse of the national electricity grid on Monday March 14.

The national electricity grid crashed to zero following its loss of 1,100 megawatts (MW) from a 3,700MW peak generation earlier.

Daily Trust reported that as at 1pm on Monday March 14, the system was yet to pick up load as just three Generation Companies (GenCos) were trying to restart but yet to generate any energy.

According to the grid operation trend, of the active 25 GenCos on the grid, 19 of them were producing power as of 6am when the grid had 3,867.60MW but that began to reduce gradually until it dropped to 2,761.20MW by 10am after six GenCos went down, leaving just 13 GenCos.

Some Electricity distribution companies (DisCos) in the country have also confirmed that the recent collapse of the grid which occurred by 10:40am, disrupted power supply within their networks.

Eko Electricity Distribution Company Limited (EKEDC) apologised to customers and promised to keep them updated on the situation.

“Dear esteemed customer, we regret to inform you of a total system collapse on the national grid at 10:40 am today, leading to outages across our network.

“We are closely monitoring the situation with our TCN partners to determine the cause and a timeline for resolution.”

Enugu Electricity Distribution Plc also disclosed that its customers in five states have no power supply.

“The Enugu Electricity Distribution PLC (EEDC) wishes to inform her esteemed customers in the South East of a general system collapse which occurred this morning, Monday, 14th March, 2022 at 10:40 am.

“This is the reason for the loss of supply currently being experienced across the network.

“Consequently, all our outgoing feeders are out and supply to our customers in Abia, Anambra, Ebonyi, Enugu, and Imo States are affected by this development.

“We are on standby and awaiting signal from the National Control Centre (NCC) for restoration of supply.”