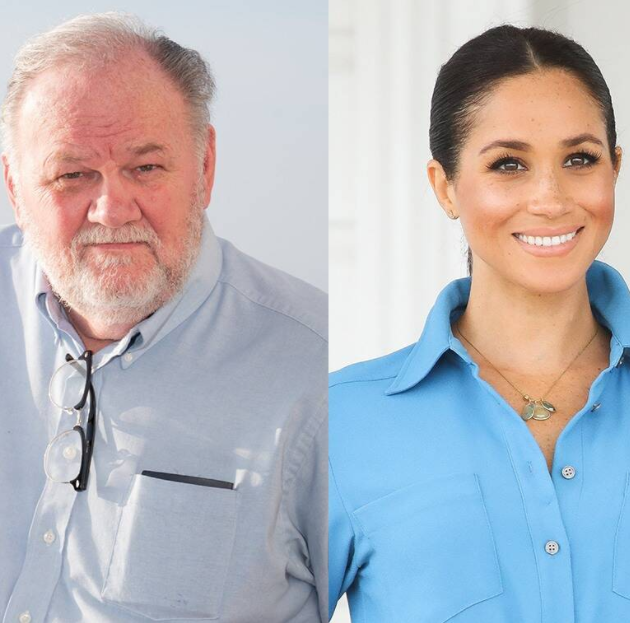 Meghan Markle’s dad has slammed the Duchess and “her ginger husband” Prince Harry on his new YouTube channel.

Thomas Markle said he is more than ready to give evidence against the Duchess of Sussex in a court case brought by her half-sister Samantha.

Samantha Markle is suing Meghan for defamation following claims she made during her bombshell interview with Oprah Winfrey last year.

She claims Meghan told Oprah that she grew up in “virtual poverty” when really her father spent thousands for her to go to dance and acting classes and “elite private schools”.

Thomas, 77, has said he also believes Meghan lied, and would be “thrilled” to come face-to-face with her in court.

Speaking to celebrity photographer Karl Larsen on his YouTube channel, Meghan’s father said: “I would be more than happy to.

“I’ve been trying for almost four years to get to see my daughter and her ginger husband in a courtroom face-to-face.

“I’d be thrilled to defend my oldest daughter.”