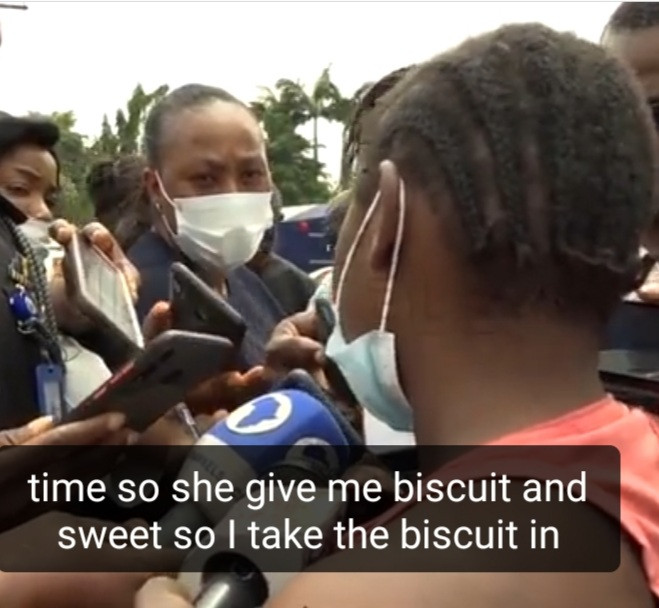 The teenage nanny accused of killing the 6-month-old baby in her care (read here) has revealed her motive for the killing.

Chiamaka Odo said she lived in Anambra state before she was brought to Lagos by her uncle, who then found a job for her as a nanny, where she was to be paid N15K per month.

She told journalists that she was initiated into the Ugoloma cult group in Agulu, Anambra state when she was in primary school.

She said a classmate gave her biscuits and sweet during break and that night, she found herself attending their meeting and they welcomed her.

She said that when it was decided that she would come to Lagos, the cult group told her that they would require blood from her but she refused to shed blood.

She began working as a nanny on January 7 in a home in Lagos and she said her cult members began appearing to her again.

She said they come to her in a dream and give orders.

Narrating how the baby died, she said they came to her in her dream as usual and they gave her a bowl and told her to call the baby’s name – Obiora Oso Okolo –  four times. When she did, blood appeared in the bowl.

She claims the baby died after that.

She told newsmen that she has been wanting to leave the cult group but can’t. If she tries to go to church, she becomes unable to walk and only gets better when church is over, she said.

Listen to her speak in the video below.