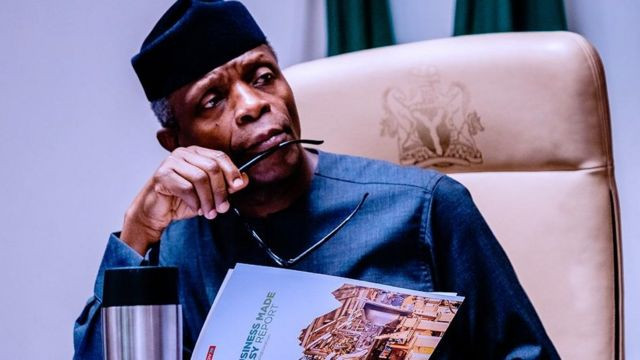 Vice President Yemi Osinbajo has once again denied reports he will be contesting for President in 2023.

Recall that on Monday, reports were rife that Osinbajo had informed his principal, President Buhari, of his intention to run for President on the platform of the APC.

However, in an interview with Arise TV, Laolu Akande, who is the Senior Special Assistant to the Vice President on Media and Publicity, said the report is false and speculative. He said his previous tweets denying Osinbajo’s ambition remain intact and that any information about the Vice President will come from him and not the media.

This will be the second time in about a month that rumors of Osinabjo joining the 2023 Presidential race have surfaced.

“I don’t appreciate all these people telling me what to do with my life” – Dancer, Korra Obidi blows hot (video)