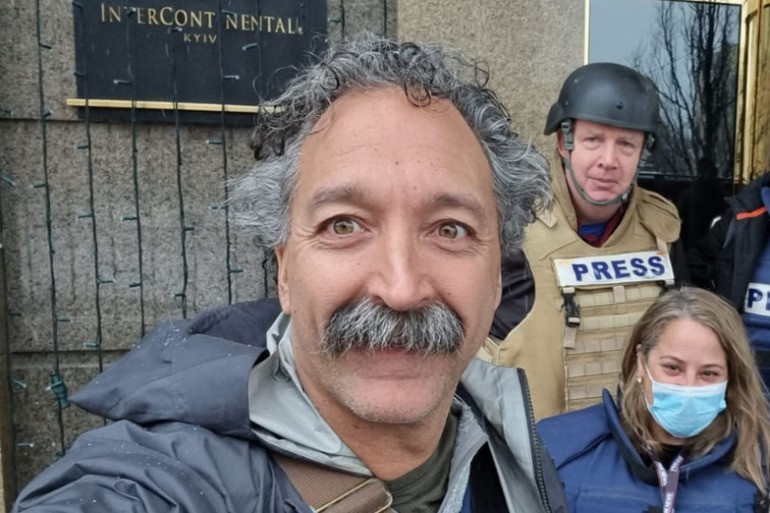 A cameraman for Fox News, Pierre Zakrzewski, has been killed in Ukraine outside Kyiv, the US network said Tuesday March 15.

Zakrzewski was killed and his colleague Benjamin Hall was wounded when their vehicle was struck Monday by incoming fire in Horenka, outside the capital, Fox News Media CEO Suzanne Scott said in a statement.

“[Zakrzewski] was a war zone photographer who covered nearly every international story for Fox News from Iraq to Afghanistan to Syria during his long tenure with us,” Scott said.

“His passion and talent as a journalist were unmatched,” she added.

Zakrzewski, who was based in London, had been working in Ukraine since February.

According to a local media outlet, the Kyiv Independent, and Reporters Without Borders, Ukrainian journalist Oleksandra Kuvshynova was killed in the same incident.

On Sunday, a US journalist was shot dead and another wounded in Irpin, a frontline suburb of Kyiv that has witnessed some of the fiercest fighting since Russia invaded Ukraine.

Nigeria is just the African version of Ukraine at the moment