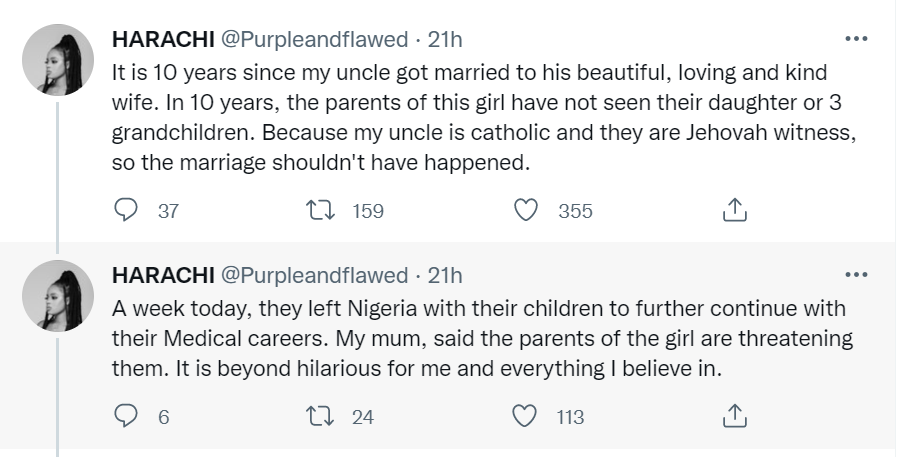 A Twitter user has narrated has narrated how a Jehovah’s Witness parents refused to see their daughter and their grandchildren for 10 years because she married a man who is a Catholic.

@Purpleandflawed further revealed that since the couple left the country with their kids, the lady’s parents have been issuing threats.

It is 10 years since my uncle got married to his beautiful, loving and kind wife. In 10 years, the parents of this girl have not seen their daughter or 3 grandchildren. Because my uncle is catholic and they are Jehovah witness, so the marriage shouldn’t have happened.

A week today, they left Nigeria with their children to further continue with their Medical careers. My mum, said the parents of the girl are threatening them. It is beyond hilarious for me and everything I believe in.