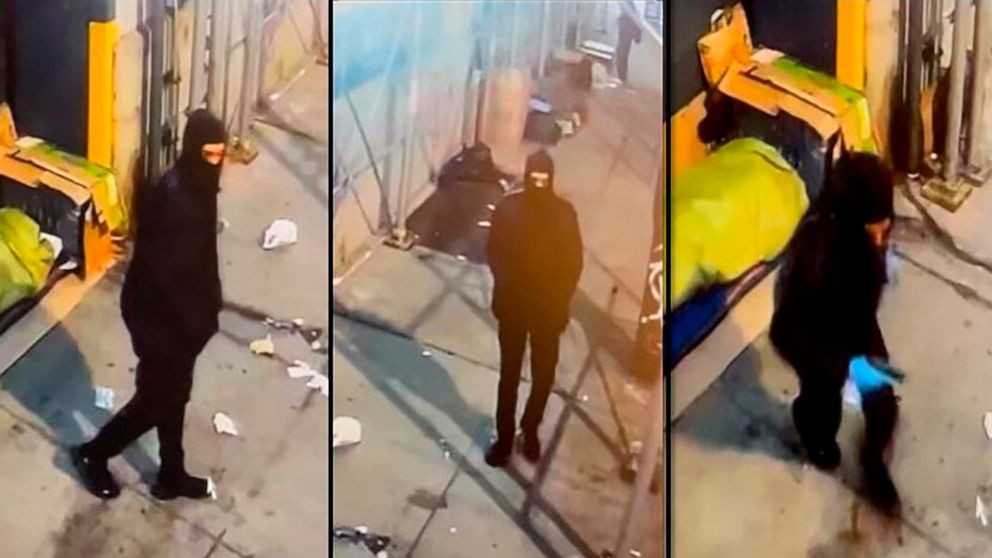 Authorities in the US have arrested a man suspected of killing two homeless men and wounding three others.

The suspect was arrested in Washington DC, where some of the attacks took place, with others occurring in New York City.

One of the victims was found on fire in a tent in DC, while another was found dead in a sleeping bag in New York.

Police said ballistics evidence linked the incidents to a single firearm and that a sole suspect was being sought.

The shootings began on 3 March when police in DC were alerted by the sound of gunshots. The victim, in that case, was taken to the hospital for non-life-threatening injuries.

Another victim in DC was found on 8 March, again with non-life-threatening injuries.

On 9 March, police found a tent on fire with a dead homeless man inside, who had suffered multiple stab and gunshot wounds.

Two more victims were attacked in New York City on 12 March, one-shot non-fatally in the arm, while another was found dead inside a sleeping bag with gunshot wounds to his head and neck.

The suspect has not been named. Images were shared of the man captured from CCTV, in which he was wearing a balaclava.

Police also shared one clear image of his face from what appeared to be an ATM terminal.

In a Twitter post, the department said: “Early this AM, law enforcement arrested the suspect in Washington, DC.

“He is currently being interviewed at our Homicide Branch. Additional information will be forthcoming. Thanks to the community for all your tips,” they added.

They said he was stopped and arrested at 3am on Tuesday on the 2700 block of Pennsylvania Avenue Southeast in the city, near to where the city’s police department is based.

The arrest follows the mayors of New York City and Washington DC holding a joint press conference on Monday for help finding the gunman.

“We know that our unsheltered residents already face a lot of daily dangers, and it is unconscionable that anybody would target this vulnerable population,” said DC mayor Muriel Bowser.

New York City mayor Eric Adams, a former police officer, said the NYPD and homeless outreach teams would be focusing on providing refuge to unhoused people in the city’s subways.

Pictures of the suspect were passed out among the homeless population in DC, with outreach workers urging people to be vigilant.