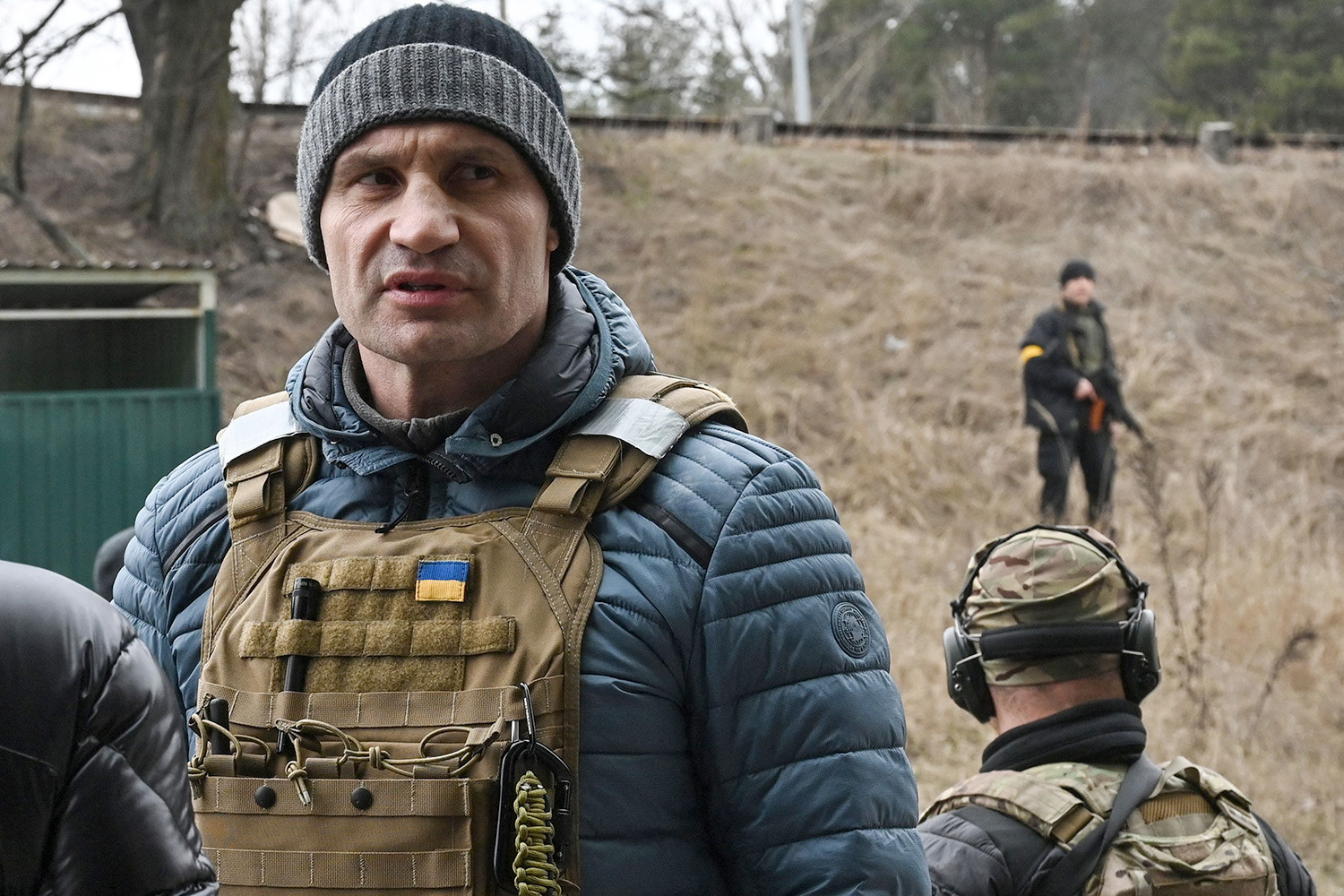 Mayor of Kyiv, Vitali Klitschko has ordered a curfew and warned civilians to prepare for an intense period of Russian bombardment after four people were killed in strikes on the capital this morning.

Former boxing champion Klitschko announced today a 36-hour curfew from 8pm (6pm GMT) on Tuesday until 7am (5am GMT) on Thursday at the ‘decision of the military command’ under which ‘movement around Kyiv without special permits is forbidden’ with civilians only allowed outside to ‘get to the shelters’.

It comes as Ukrainian President Vlodymyr Zelensky, speaking to European leaders in London, described NATO as ‘the strongest alliance in the world’ but warned international leaders that ‘some of the members of this alliance are hypnotised by Russian aggression’.

Meanwhile, Russian forces have launched fresh attacks in Ukraine’s capital, which has nearly been encircled by Moscow’s troops in the third week of the invasion and that has lost an estimated half of its 3.5-million pre-war population.

‘Today is a difficult and dangerous moment,’ Klitschko said in a statement on Telegram. ‘This is why I ask all Kyivites to get prepared to stay at home for two days, or if the sirens go off, in the shelters.’

Zelensky today warned that NATOs refusal to implement a no-fly zone over his homeland ‘allows the Russian army to bombard peaceful cities and blow up housing blocks and hospitals and schools.’

He was speaking as the Polish, Czech, and Slovenian prime ministers were travelling to Kyiv by train in the first visit by foreign leaders to the capital.

“I was just 21 when I divorced, maybe if I knew everything I am teaching now I would have saved it” – Relationship expert, Blessing Okoro